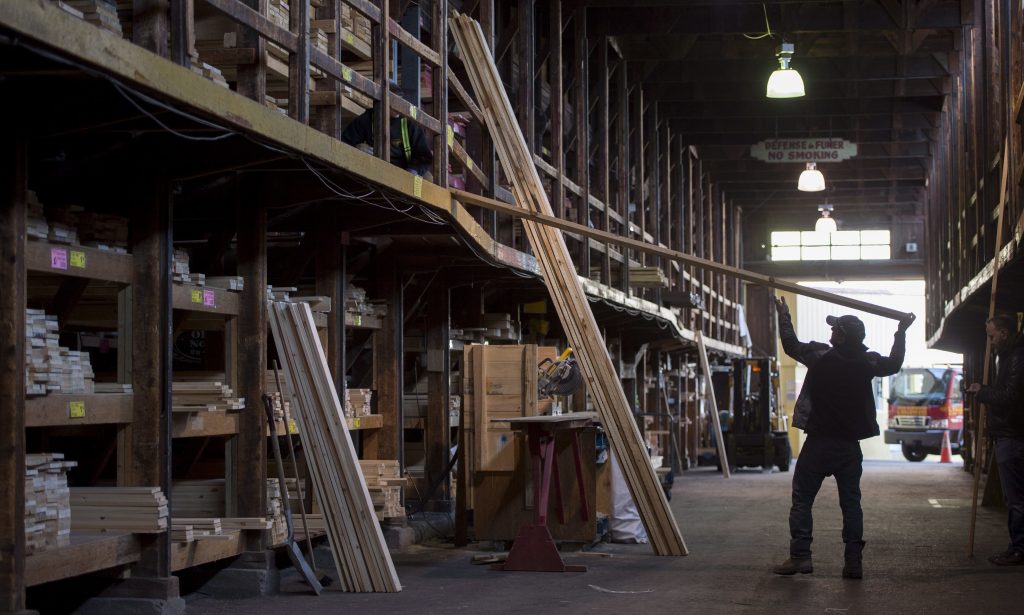 Prime Minister Justin Trudeau vowed to stand up for Canadian interests on Tuesday after the U.S. imposed new tariffs on softwood lumber and trade tensions between the two countries escalated, sending the Canadian dollar to a 14-month low.

While the currency fell, shares in Canadian lumber companies rose as the level of the new tariffs came in at the low end of what investors were expecting.

The move, which affects some $5.66 billion worth of imports of the construction material, sets a tense tone as the two countries and Mexico prepare to renegotiate the 23-year-old North American Free Trade Agreement.

Speaking to a technology company in Ontario, Trudeau said he would defend the national interest, and cabinet colleagues were poised to speak to the media to outline Canada’s possible responses to the tariffs later in the day.

“Standing up for Canada’s interests is what my job is, whether it’s softwood or software,” Trudeau said, prompting applause and cheers.

“You cannot thicken this border without hurting people on both sides of it. Any two countries are going to have issues that will be irritants to the relationship and, quite frankly, having a good constructive working relationship allows us to work through those irritants.”

Shares in West Fraser Timber Co, which would pay the highest duty rate of the affected companies, rose 5.6 percent to C$59.50; and Canfor Corp stock gained 3.5 percent to C$18.82.

“Canada has made business for our dairy farmers in Wisconsin and other border states very difficult. We will not stand for this. Watch!” President Trump tweeted Tuesday morning.