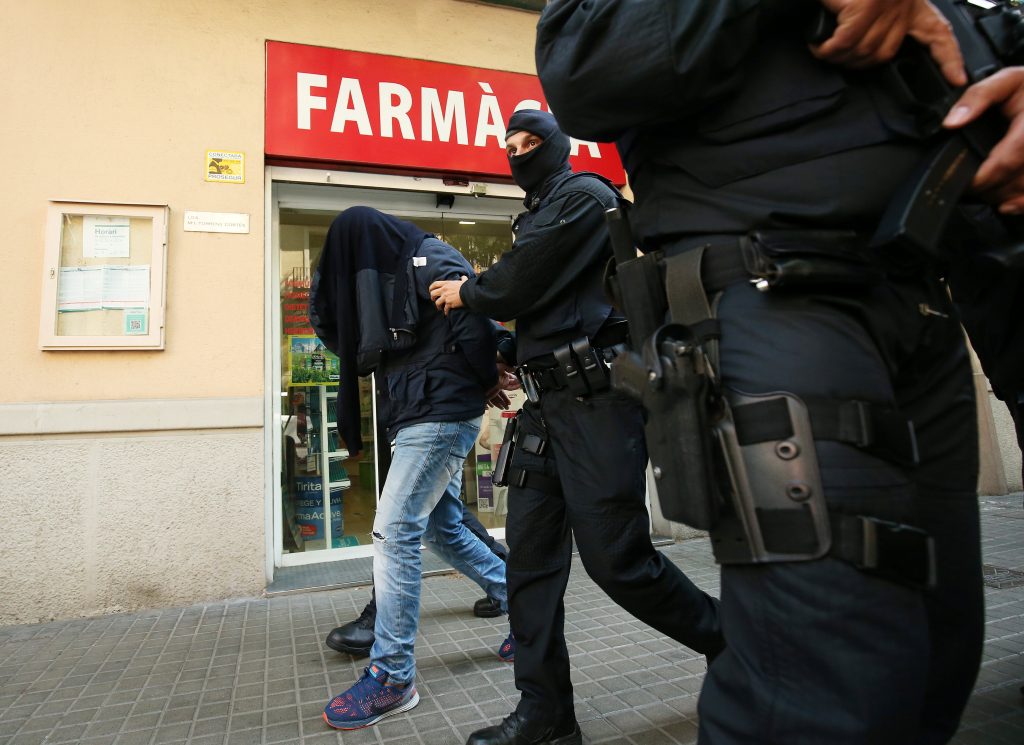 Spanish police arrested eight people and raided 12 properties in Barcelona, in an operation against suspected Islamist terrorists carried out in conjunction with Belgian police, Spanish police said on Tuesday.

Some of those arrested were suspected of links to the Belgian suicide bombings in March of last year, which killed 31 people at the Brussels airport and on a metro train, a police spokesman said.

The detained were all Moroccans aged between 21 and 39, he said.

The raids follow an eight-month investigation of a group of suspected Islamist terrorists with links to organized crime in the Barcelona area, the police said in a statement. The investigation remains open.

Not including Tuesday’s arrests, Spain has detained 22 people in 16 separate operations this year in connection with Islamist terrorism, according to Interior Ministry figures.