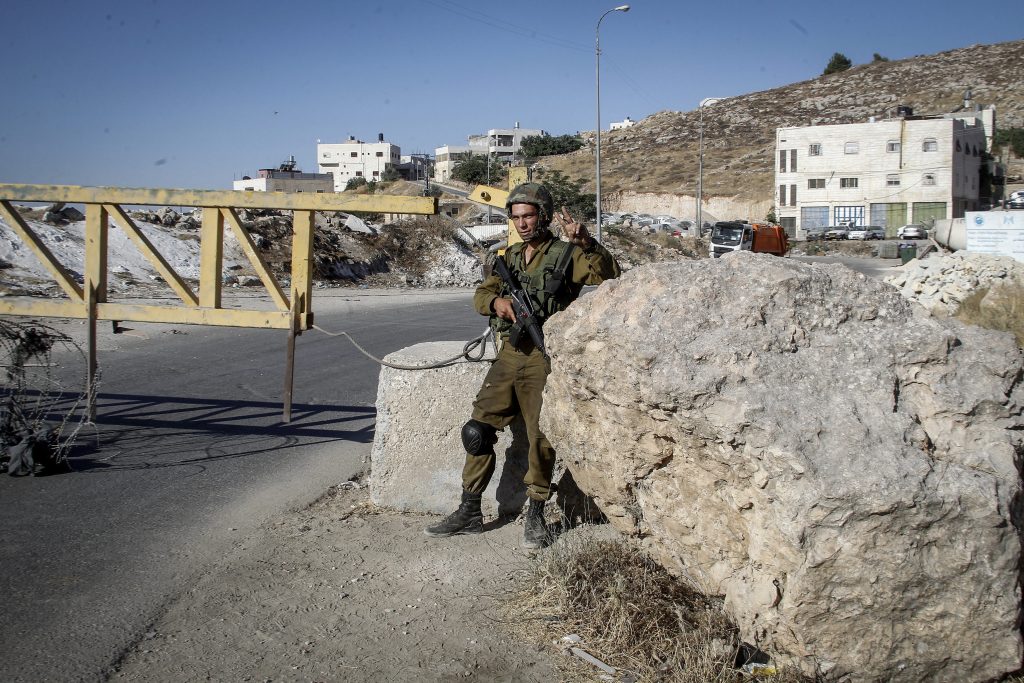 IDF soldiers quashed, b’chasdei Shamayim, an attempted terror stabbing attack in Shomron Tuesday afternoon. The attack took place near the Hawara checkpoint near Shechem. An Arab terrorist approached two soldiers, and when asked to stop, pulled out a knife and lunged at the soldiers. They shot him, with the terrorist sustaining serious injuries.

On Monday, an IDF soldier was lightly injured in a stabbing attack at the Kalandiya crossing north of Yerushalayim. The terrorist was neutralized. Officials said that they were taken by surprise by the terrorist, who approached the security guard as if she were about to ask a question, and suddenly pulled out the knife and stabbed her. Officials later said that the terrorist had been in a fight with her husband and had attacked the soldiers in the hope that they would shoot and kill her.

Commenting on the foiling of Tuesday’s attack, Shomron Council head Yossi Dagan said that “once again we are witness to attempts to disrupt our daily lives. We are grateful to the soldiers who once again showed quick thinking and prevented injuries to Israelis. These ongoing attempts to interrupt our lives and sow terror among Israelis will not succeed. We will continue to live and settle, and to prosper and grow, despite the efforts to harm us and the country.”