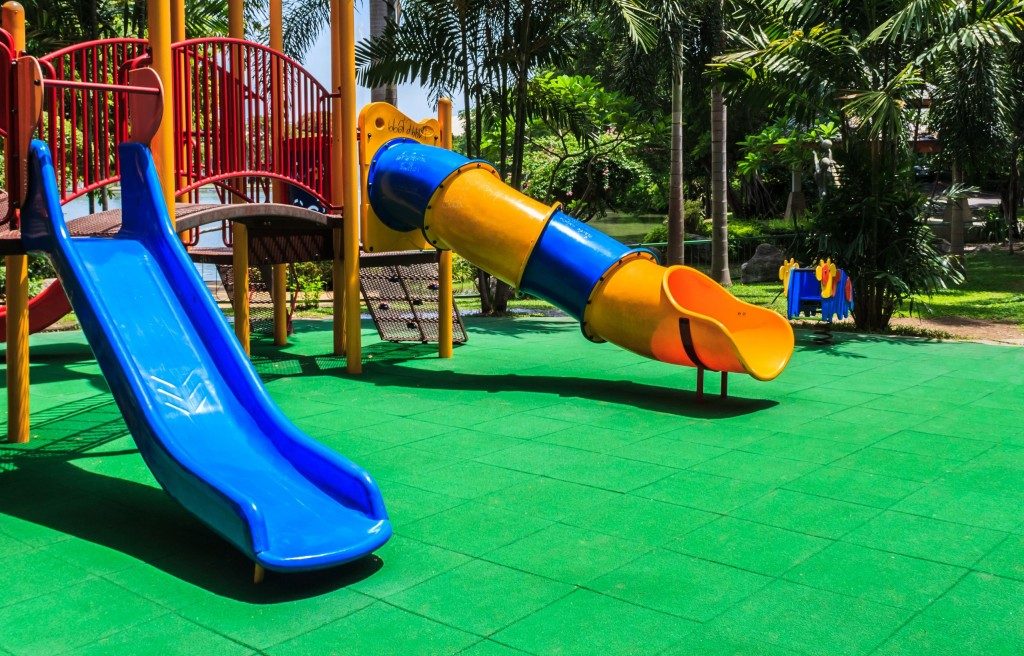 It’s hard to imagine how a dispute over used tire scraps in the small town of Columbia, Missouri can end up affecting Orthodox Jews in Brooklyn, or anywhere for that matter. But when the rubber is part of a government program providing safe surfaces to children’s playgrounds, it might just end up in front of the United States Supreme Court.

Because in this case, the tires have massive religious liberty implications.

Trinity Lutheran Church of Columbia v. Comer is a case that finally made its way to the nation’s highest court last week, after having waited 15 months for oral arguments. Before it was argued, many observers expected that it would — like many other high-profile cases — be the sort of case that would divide the judges evenly. After Justice Scalia passed away last February, there was a real chance it would end up as a 4-4 case, and thereby not have the power to set a legal precedent.

President Trump’s victory and Justice Gorsuch’s ascension to the high court took the possibility of a 4-4 decision off the table and allowed the many of us who follow these sorts of things to breathe easier when we saw he was due to be confirmed before the court was scheduled to hear the case.

So what exactly do tire scraps have to do with religious liberty? And how can a decision about a Missouri playground carry consequences which will manifest themselves in yeshivos across the country?

Well, in this case, a religiously affiliated preschool was denied the rubber to resurface their playground, despite meeting all the other requirements for eligibility, for the simple reason that they were a religious institution. The state of Missouri argued that they could not award them the money because it might give the appearance that they were endorsing that religion.

While the new (Republican) governor of Missouri reversed this exclusion, the state is still defending the policy in court. The state should not be compelled to support religious institutions, they say, and the state constitution gives them the right to do so.

While many had expected a hearing, not unlike the Hobby Lobby case (which upheld the rights of religious people who own corporations engaging in commerce), the oral arguments seem to tell a different story.

Of course, you really shouldn’t try to predict what a decision will be from the oral arguments. People who tried to do so from the Obamacare cases remember all too well the hazard of doing that. But that caveat aside, the arguments forecast a resounding victory for people of religion across the country.

Only two of the Justices, Sonya Sotomayor and Ruth Bader Ginsburg, seemed to be sympathetic to the state’s right to deny. Even Stephen Breyer and Elana Kagan, who are slightly less zealously illiberal than Sotomayor and Ginsburg, had tougher questions for the lawyer defending Missouri’s position than for the one representing the preschool.

Breyer wondered aloud how the state could differentiate between excluding religious institutions from programs such as these — which are open to everyone who meets neutral and equally applicable criteria — and excluding religious institutions from services such as police and fire. If Missouri would be allowed to exclude them from this sort of program, couldn’t they exclude them from the others as well?

Justice Alito pointed out the drastic implications this sort of exclusion would have on Orthodox Jews — highlighting the absurdities of what sort of exclusions the state was arguing for. He pointed out that the state was arguing that shuls and yeshivos should be excluded from security grants tailored for places which were likely targets for terrorist attacks — those being shuls and yeshivos.

But the biggest eye-opener was in Kagan’s questions, when she said the following, in the lead-up to a question.

The truth is, that’s quite a concession to be made from the left side of the bench on the Supreme Court. And if that’s to be a part of an eventual decision, it could have tremendous ramifications on the “Blaine Amendments” that exist in 38 state constitutions — including New York’s. New York’s constitution says that it disallows the use of “any public money … directly or indirectly, in aid or maintenance, other than for examination or inspection, of any school or institution of learning wholly or in part under the control or direction of any religious denomination, or in which any denominational tenet or doctrine is taught.”

For too long, our mosdos have been discriminated against, deprived of public money they deserve, for no other reason than the fact that they are Jewish. Hopefully the court does what is right, and allows them to be a part of a playing field that is level, and inclusive of all, even those who have religious beliefs.