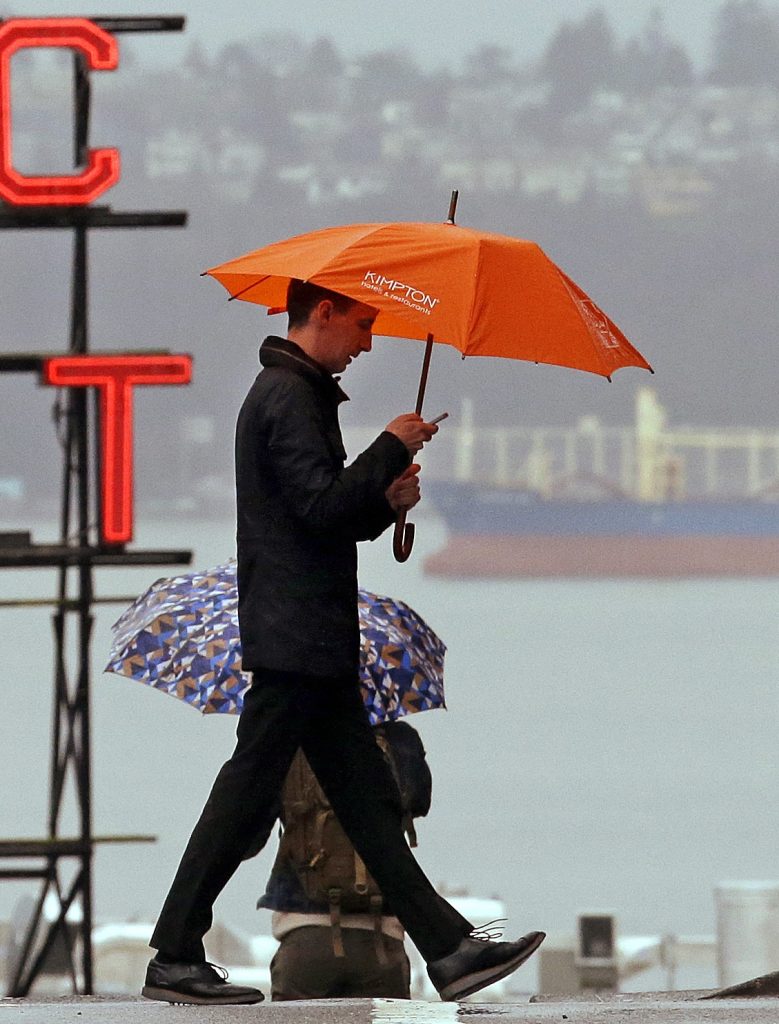 Soggy Seattle has broken another record for rain.

The National Weather Service says the city measured 44.67 inches of rain between October and thus far in April. That makes it the wettest such period since records began in 1895. It marks the second consecutive year in which the city has topped the historic rainfall record for that period.

With several days left to go this month, this year’s record will likely be padded some more, said Mike McFarland, a meteorologist with the service in Seattle.

“This has been a terrible winter. It was just wet. There’s no way around that,” McFarland said Tuesday.

The previous record was 44.5 inches of rain for the October 2015 to April 2016 period. The normal amount of rain during that period is 30.9 inches.

In the Pacific Northwest, cold-weather systems move through the region with dry breaks in between, but now “we’re missing those breaks,” McFarland said.

Last winter’s storm season was notable for back-to-back weather systems that were slightly wetter and warmer than normal, McFarland said.

Seattle also set a record number for wet days from October through April.

Wet days classified as days with at least .01 inches of precipitation. The city had 144 wet days from October through April and only five dry days so far this month.

Some parts of Washington state have had it much worse than Seattle. For example, the town of Quillayute along the state’s northwestern Pacific coast has had 116 inches of rain since Oct. 1.