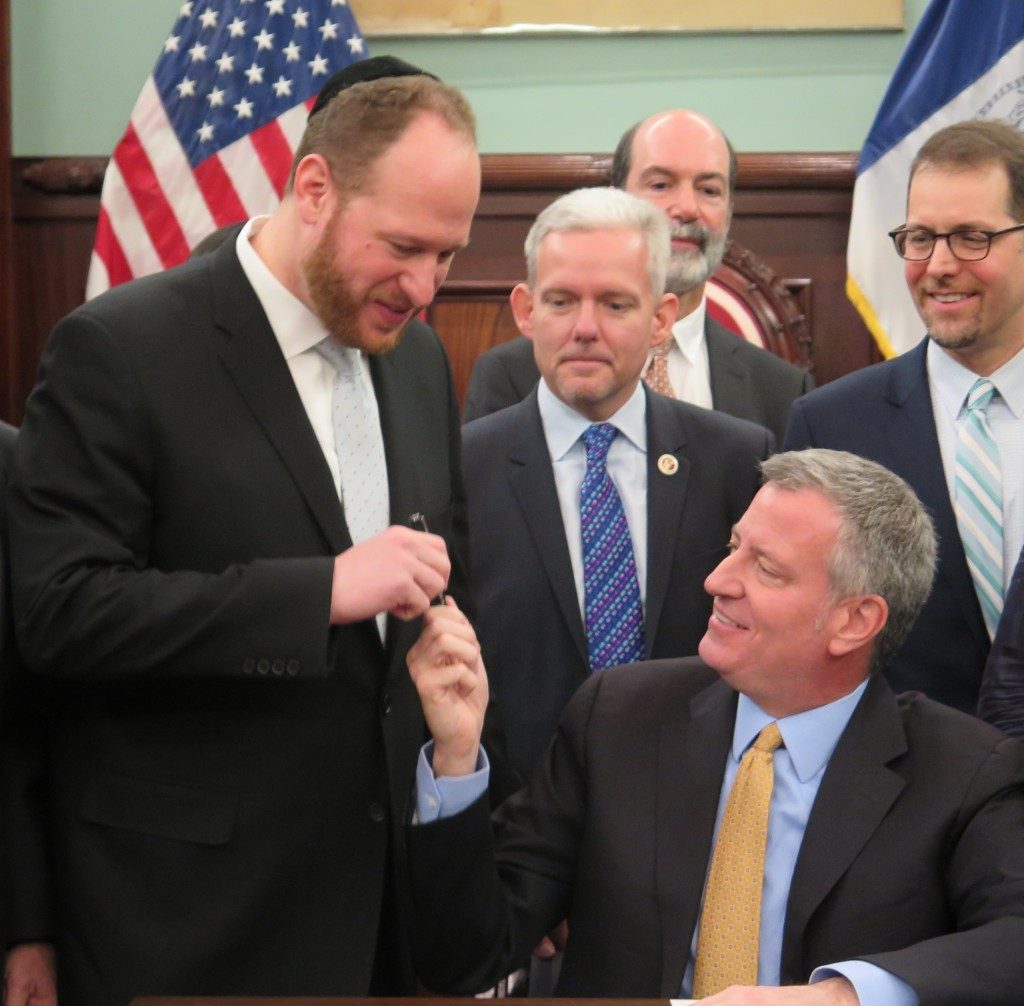 Mayor Bill de Blasio will include $19.8 million in his executive budget to reimburse private schools for security guards, a program begun last year, when he unveils his spending blueprint this Thursday, a City Hall official told Hamodia.

The law, sponsored by Councilman David Greenfield, reimburses nonpublic schools such as yeshivos for hiring security guards. The reimbursement is based on the size of the student population.

The program is administered by the Department of Citywide Administrative Services and was funded only for the current school year, also at $19.8 million. According to Jessica Ramos of the mayor’s office, it will be funded at the same level for the 2017-2018 school year beginning in September.

“Keeping our children safe is a priority of the de Blasio administration and this budget,” Ramos said. “We are happy to help schools cover the cost.”

For the program’s first year, 163 schools qualified for the reimbursement, City Hall said.