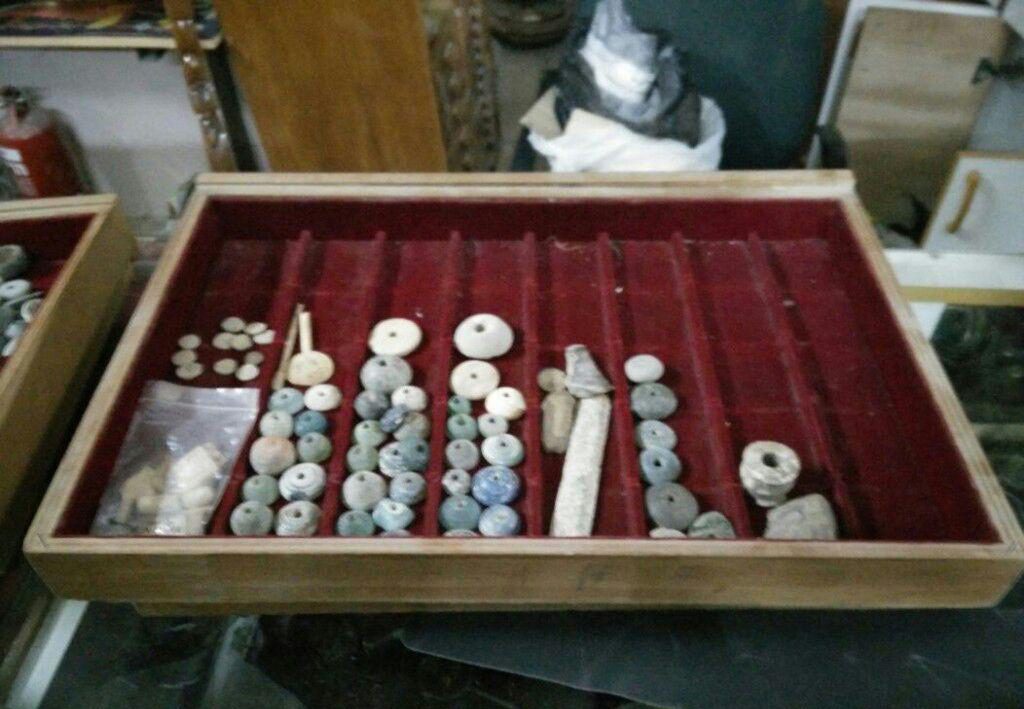 Police overnight Monday seized hundreds of ancient coins, jugs, statues and jewelry that were illegally taken by Arab thieves. The items, worth hundreds of thousands of shekels, were discovered hidden in a home in the central Shomron village of Hawara.

Police raided the home after following up on rumors that the owners of the house were hiding the treasure. A man in his 50s was arrested for trafficking in the items, which were apparently stolen from graves, archaeological sites and licensed antique dealers. The items span thousands of years of history, including the Chashmona’im, Bayis Sheini, Roman, Bar Kochva and Byzantine eras.

Also early Tuesday, police said they had caught and shut down an Arab gang that specialized in stealing cars belonging to Israelis and stripping them for parts — which were shipped to Jordan and from there to the rest of the Arab world. The gang was caught when they were trying to send a truckload of parts through a security checkpoint. A check of several of the parts indicated that they were from stolen vehicles. The driver of the truck carrying the parts was arrested, and further arrests are expected.

Overnight Monday, security officials said they arrested 15 wanted security suspects across the Yehudah and Shomron region. The suspects were wanted for participating in rioting and throwing stones and firebombs that endangered Israeli civilians and IDF soldiers. Several of the suspects were also charged with belonging to Hamas. All were being questioned on their activities by security forces.