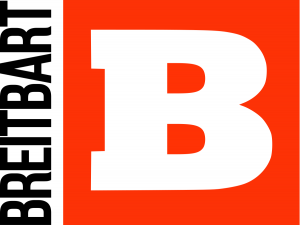 A committee of journalists who oversee news media access to Congress decided Tuesday to table indefinitely a Breitbart request for press accreditation. Breitbart had formally applied several months ago for passes that enable reporters to freely move about the heavily guarded Capitol.

The rejection wasn’t a judgment on Breitbart’s news coverage but a reflection on its technical qualifications, members of the committee said. News organizations must show the volunteer credential panel that they aren’t owned or controlled by an organization that lobbies Congress, a step designed to prevent political operatives from acting as journalists.

The White House applies less scrutiny to applications for media credentials and has accredited a wide variety of news organizations, including Breitbart.

Breitbart’s profile soared during the presidential campaign when it backed Trump and promoted many of his anti-immigrant, pro-nationalist policies.

Breitbart’s application for permanent congressional credentials has long been complicated by potential conflicts of interest, including its connection to Bannon, who was its executive chairman before becoming Trump’s campaign chairman in August.

Bannon – who once boasted that Breitbart was “the platform for the alt-right” – is now Trump’s chief strategist; he formally resigned from Breitbart last fall. (The term alt-right typically refers to a far-right movement whose followers hold racist, anti-Semitic and who desire a whites-only state. But in a later interview with the Wall Street Journal, Bannon sought to define the term differently, saying the alt-right is composed of “younger people who are anti-globalists, very nationalist, terribly anti-establishment.”)

Congressional press gallery rules state that applicants “must not be engaged in any lobbying or paid advocacy, advertising, publicity or promotion work for any individual, political party, corporation, organization, or agency of the U.S. Government.”

Breitbart has faced questions from the five-member committee about its owners and investors and its Washington headquarters, a Capitol Hill townhouse it calls “the embassy.”

Although Breitbart presented documentation of Bannon’s resignation from the company, it was unable to resolve the ownership question to the committee’s satisfaction.

Specifically, the panel expressed concerns about the connections between Breitbart and the Government Accountability Institute, a Florida-based research organization focused on investigating money and politics. GAI was co-founded by Bannon and is funded by Robert Mercer, a billionaire hedge-fund manager and conservative political donor who is also an investor in Breitbart. Mercer’s daughter, Rebekah Mercer, is chairman of the GAI board.

In addition, some of the editors listed on the Breitbart masthead continue to hold leadership roles with GAI, whose president, Peter Schweizer, is the author of “Clinton Cash,” a best-selling book that detailed financial connections among foreign governments and Bill and Hillary Clinton.

The committee said that Breitbart hadn’t fully satisfied its concerns about its Washington headquarters. The townhouse Breitbart lists as its office is owned by Moustafa el-Gindy, an Egyptian businessman and politician; Breitbart rents the building from him.

Breitbart has given favorable coverage to el-Gindy, a former member of the Egyptian parliament who is affiliated with the political party backed by Egyptian President Abdel-Fattah el-Sissi, according to the Daily Beast. One Breitbart story labeled el-Gindy a “senior Egyptian statesman” who “has played a pivotal role in the revolutions against former President Hosni Mubarak and the Muslim Brotherhood.”

El-Gindy and Breitbart are the subject of a complaint filed with the Justice Department in 2016. The complaint, whose source is unidentified, alleged that el-Gindy rented his townhouse to Breitbart at below-market rates while Breitbart promoted his political career, all without disclosing their financial relationship, in violation of the Foreign Agents Registration Act, the Daily Beast reported.

Breitbart did not respond to a request for comment Tuesday.

The committee’s vote to table Breitbart’s application means that it won’t grant its reporters any more temporary credentials when the current ones expire at the end of May. The committee said that it would reconsider Breitbart for credentials if it remedies the masthead and office issues.

Without temporary or permanent press passes, Breitbart journalists can still enter congressional facilities, but they would have to do so through public access, an inconvenient step.