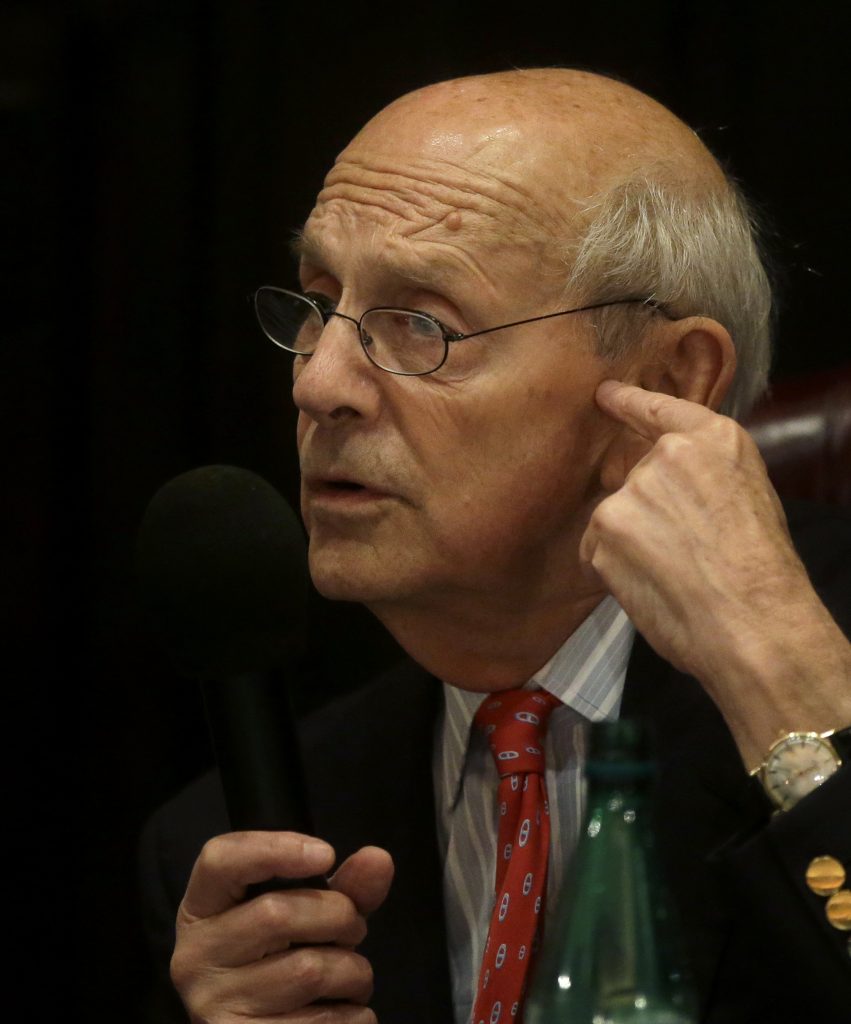 Even Supreme Court justices forget to turn off their cellphones: A High Court argument on Tuesday was interrupted by the familiar sound of a ring chime, and Justice Stephen Breyer seemed to be the culprit.

A mildly embarrassed Breyer quickly appeared to reach down to turn it off, as a majority of his colleagues on the bench broke into smiles. Justice Samuel Alito struggled to suppress a laugh.

Cellphones and other electronic devices are strictly forbidden in the ornate courtroom – a rule that includes observers and lawyers arguing before the court, but apparently not the justices themselves.

Breyer and Justice Clarence Thomas shared a quick laugh about the incident. But it didn’t fluster lawyer Neal Katyal, who was in the middle of answering a question.

Supreme Court spokeswoman Kathy Arberg later called the incident an “oversight” and said Breyer doesn’t usually take his phone in to the courtroom.