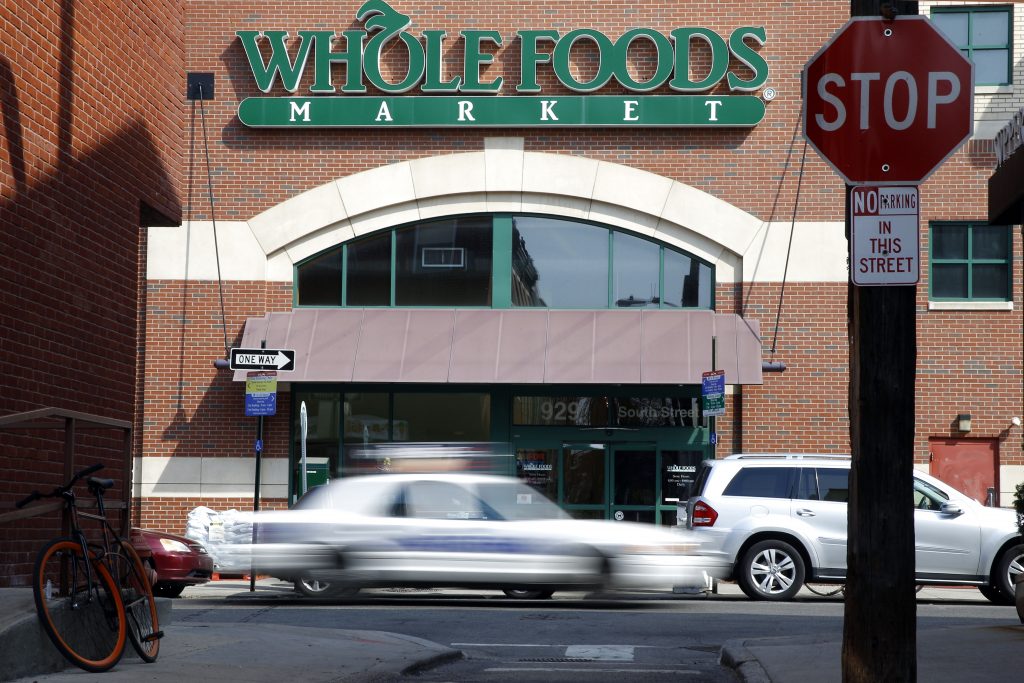 Whole Foods Market Inc. shares rose the most in two weeks after the Financial Times reported that Albertsons Cos. is considering a takeover of the organic grocer.

Cerberus Capital Management, which backs Albertsons, has held preliminary talks with bankers about making a bid, the newspaper said. No formal offer has been extended, according to the Times, which cited unidentified people familiar with the matter.

Whole Foods buyout speculation has surged since earlier this month, when activist investor Jana Partners acquired a stake and suggested that the grocery chain consider putting itself up for sale. Jana complained about Whole Foods’ weak performance and threatened to shake up the board.

Whole Foods climbed as much as 4.5 percent to $37.33 in New York on Monday, the biggest intraday gain since Jana announced its stake on April 10. The stock was up 16 percent this year through the end of last week.

The supermarket chain, which helped pioneer the organic-food movement, is facing its worst sales slump in more than a decade. Six straight quarters of declining same-store sales have forced the Austin, Texas-based company to close locations and rein in costs.

The Financial Times also reported that Albertsons’ merger talks with Sprouts Farmers Market Inc., which came to light last month, haven’t proceeded. Shares of Sprouts, a Whole Foods competitor, declined as much as 7.7 percent to $21 on Monday.

A representative for Cerberus didn’t immediately respond to a request for comment. Whole Foods declined to comment.