Politics Report: Adelson Stops Donating to Trump Over Embassy and Other Issues
Politics 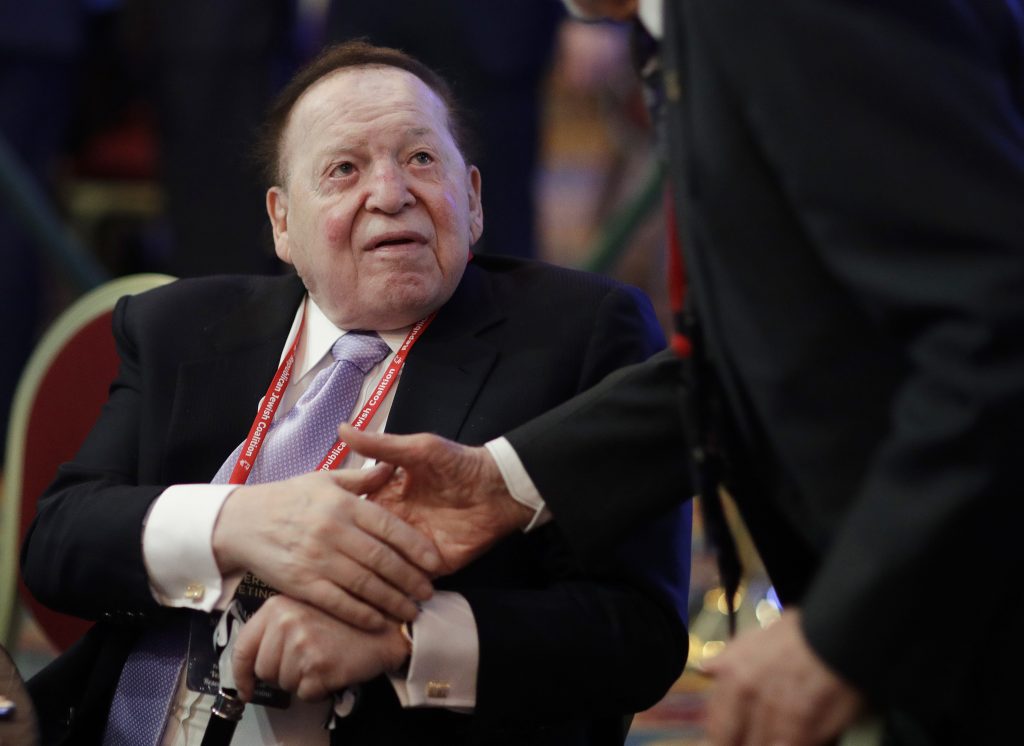 Sheldon Adelson, a billionaire businessman and prominent supporter of President Donald Trump’s campaign, has reportedly stopped donating to the president’s cause out of frustration with the Trump administration, including his displeasure over the failure so far to move the U.S. embassy to Yerushalayim as had been promised. The story, reported by Politico, was denied by an Adelson spokesman.

The politically active businessman donated tens of millions of dollars to help elect Trump, as well as $5 million for inaugural expenses. But according to the report, based on sources close to Adelson, he “hasn’t contributed to pro-Trump outside groups since the inauguration, a move that’s drawn notice within the party,” due to the embassy issue, Trump’s failure to hire people recommended by Adelson for administration posts, and, “more fundamentally,” dismay over what he sees as the chaotic state of the administration.

The report said that “some Republicans are interpreting” Adelson’s failure to donate “as a sign of his frustration” with the administration.

But Adelson spokesman Andy Abboud denied the report, telling Politico that he is “overall not angry or unhappy” with the president, and that he patiently awaits the opening of the embassy in Yerushalayim.