Israel Netanyahu to German FM: Either Peace Now or Me
Israel 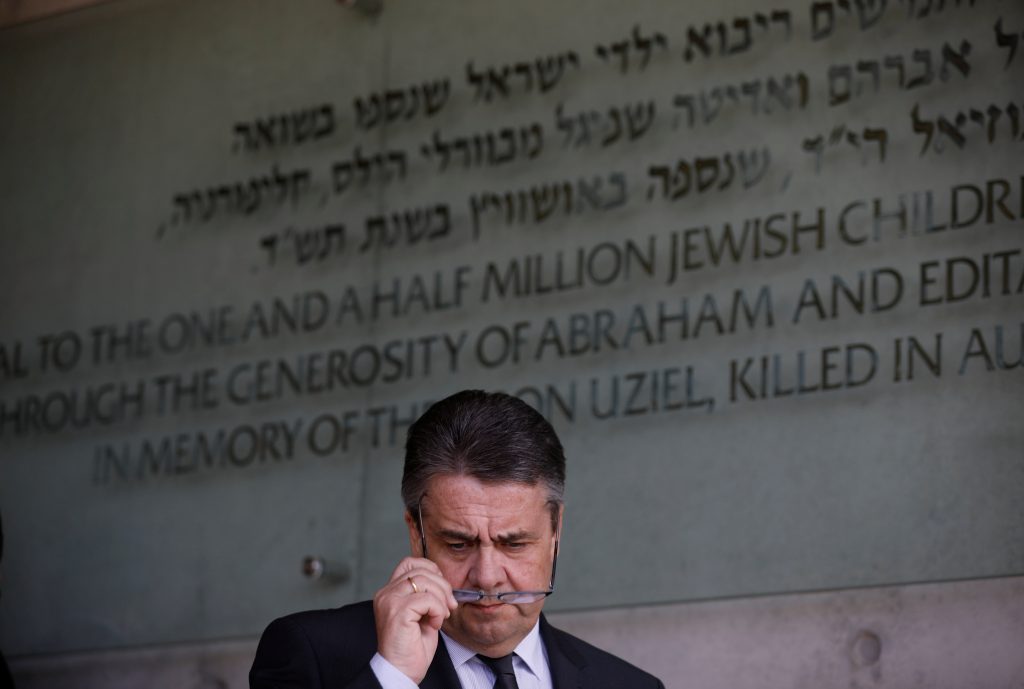 Relations between Israel and Germany were experiencing turbulence Monday as Israeli Prime Minister Binyamin Netanyahu put visiting German Foreign Minister Sigmar Gabriel on notice that if he insists on meeting with leftwing NGOs he will forfeit a meeting with Netanyahu, according to media reports.

The German minister has yet to respond to the ultimatum.

“Choosing these meetings [with Peace Now] constitutes a defiant message against the policy of the government and against its leader personally, and Netanyahu thinks that a red line should be placed against the German officials,” political sources were quoted as saying.

Gabriel, a member of the Social Democratic Party, has a reputation for being anti-Israel. He has written many articles condemning Israel as “an apartheid state,” and has refused to retract or apologize.

A similar incident occurred in February, when visiting Belgian Prime Minister Charles Michel was asked to desist from contact with such groups, who Netanyahu believes are harming Israel. However, Michel ignored the request and met with them anyway.