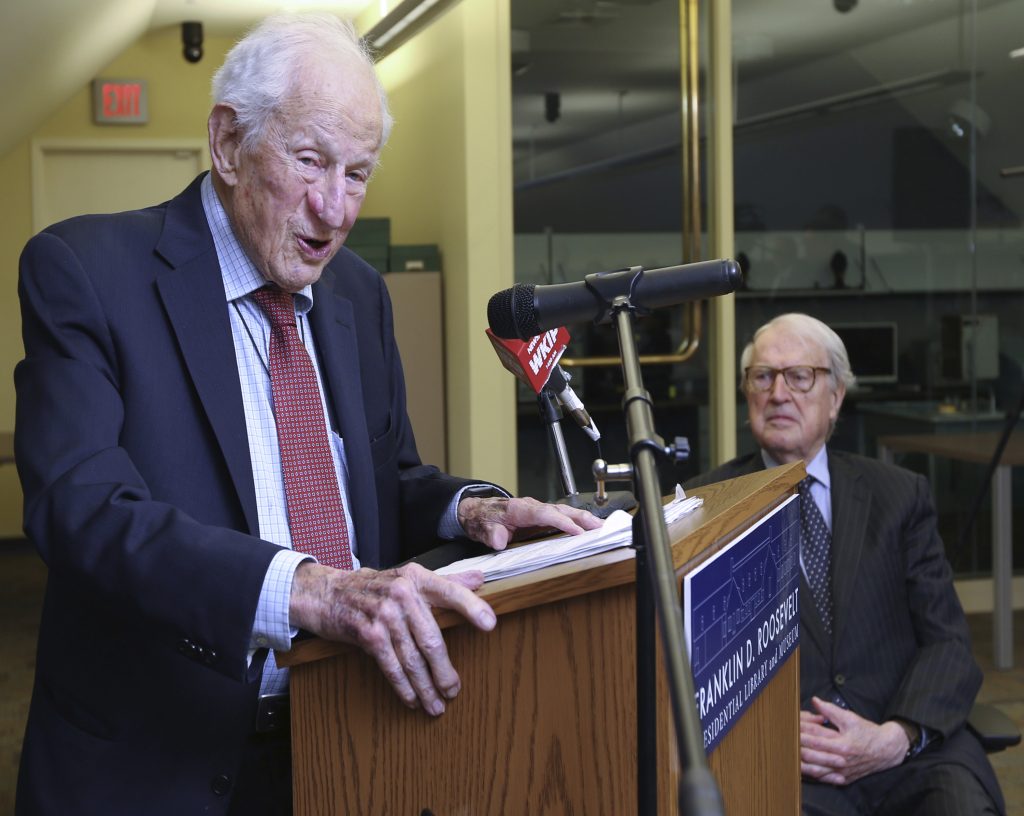 The library and museum located in FDR’s hometown of Hyde Park, New York, announced the launching of the Henry Morgenthau, Jr. Holocaust Collections: A Curatorial Project.

Among those attending the ceremony were Morgenthau’s son, former Manhattan District Attorney Robert Morgenthau, and Robin Vrba, wife of Auschwitz escapee and Holocaust chronicler Rudolf Vrba. Henry Morgenthau was Roosevelt’s treasury secretary and a leading advocate for the creation of the War Refugee Board during World War II.

The library project will begin by exploring three of its major collections: the Morgenthau papers, the records of the War Refugee Board, and the Vrba papers.

Officials at the nation’s first presidential library said that by building on existing digital resources it will provide better access to the Holocaust-related records in its archives.

Newly added to the collection are the Rudolph Vrba Papers. Born in what was then Czechoslovakia, Vrba was 19 in 1944 when he and fellow inmate Alfred Wetzler escaped from the Nazi death camp at Auschwitz-Birkenau in German-occupied Poland.

The report they co-wrote on the camp’s gas chambers and other mass murder operations were some of the earliest firsthand indications of the Nazi plan to exterminate Europe’s Jewish populations.

“Rudi had a great admiration for Franklin D. Roosevelt and the United States resolve and action to defeat Nazism,” Robin Vrba said at the ceremony. “I know he would be proud that all this work is housed in the FDR Library and will be available to researchers online.”