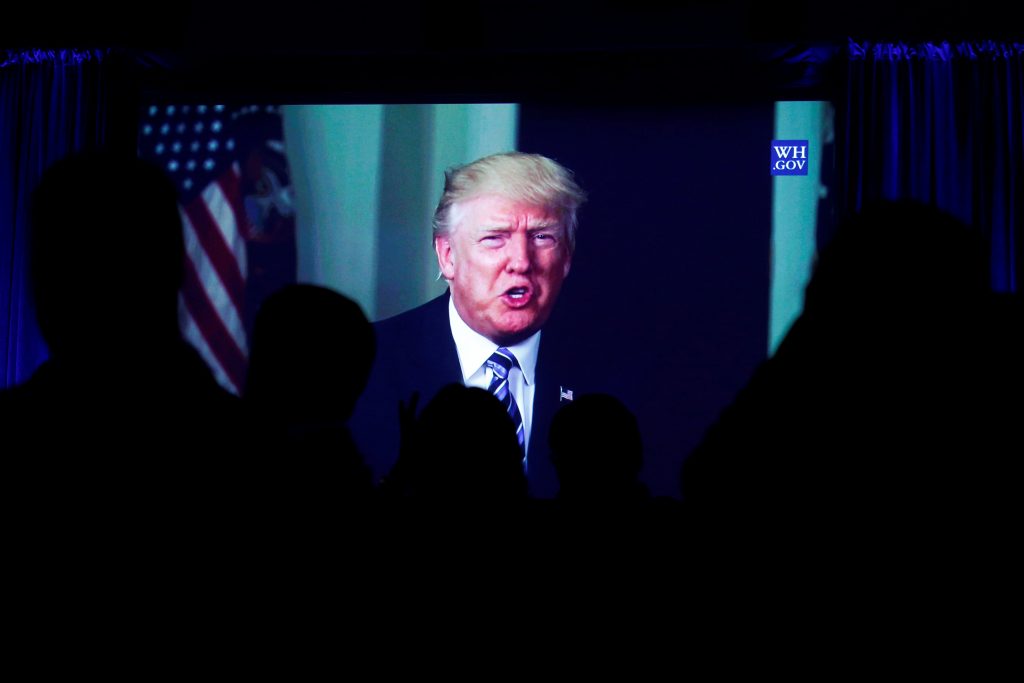 Speaking in a video message taped for the meeting of the World Jewish Congress, President Donald Trump noted the murder of six million Jews during the Holocaust, correcting his administration’s omission of that fact from an International Holocaust Remembrance Day statement issued in his name earlier in the year.

“On [Israel’s] Yom Hashoah, we look back at the darkest chapter of human history,” Trump said in the video, which was played Sunday night during the plenary assembly of the WJC in New York. “We mourn, we remember, we pray, and we pledge: Never again. I say it, never again.

“The mind cannot fathom the pain, the horror, and the loss. Six million Jews, two-thirds of the Jews in Europe, murdered by the Nazi genocide,” he added. “They were murdered by an evil that words cannot describe, and that the human heart cannot bear.”

The comments would not have otherwise drawn note had it not been for a statement issued by the White House to mark International Holocaust Remembrance Day on Jan. 27 that did not mention the Jewish people.

In the face of intense criticism from Jewish groups, the White House defended the decision, saying that they sought to take into account “all of those who suffered” during the Holocaust. Presidents of both parties typically addressed the murder of millions of Jews during the Holocaust in such statements.

In his video remarks on Sunday night, Trump spoke at length about the bravery and sacrifice of the Jewish people who were killed and the families who suffered during the Holocaust.

He pledged that America will “stand strong with Israel” and he alluded to Iran, a regime whose threats against Israel he said cannot be ignored.

“We must stamp out prejudice and anti-Semitism everywhere it is found,” Trump said. “We must defeat terrorism, and we must not ignore the threats of a regime that talks openly of Israel’s destruction.

“We cannot let that ever even be thought of,” he added.

On Tuesday, Trump will also headline the Days of Remembrance events at the U.S. Capitol, hosted by the U.S. Holocaust Memorial Museum.