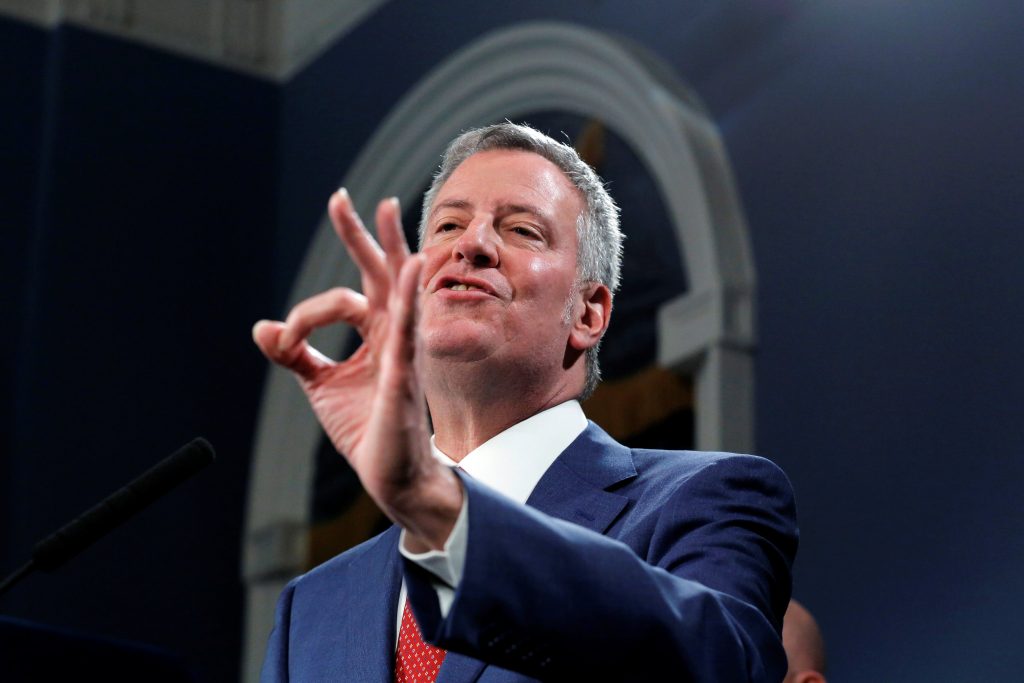 De Blasio said he hopes to begin the first “3-K” program in the upcoming school year in the low-income districts of the South Bronx and the Brooklyn neighborhood of Brownville. It would go into full effect gradually over the following two years until it is expanded into all five boroughs.

That would take full implementation until after de Blasio, a Democrat facing little electoral opposition, faces voters later this year.

The city has not yet made a determination whether the new program will be applying the same accommodations regarding breaks for religious instruction and schedules to the new program as if made to the existing pre-K program to allow Orthodox Jewish parents to join.

Will Mantell, a spokesman for the city’s department of education, told Hamodia on Monday that the city was considering it.

“As with Pre-K for All, we’ll partner with a wide range of community-based organizations to ensure free, full-day, high-quality education for all three-year-olds,” Mantell said in an email, adding that he’ll share more detailed information with potential yeshivos “and the community in the near future.”

However, Deputy Mayor Richard Buery said at a news conference Monday that he expects 3-K to look like pre-K, in which about half the slots are in private settings, including yeshivos.

The two neighborhoods which will benefit from “3-K,” the South Bronx and Brownville, do not have any yeshivos so the city has at least a year to make the determination.

The program’s initial cost of $16 million the first year would be borne by the city. But de Blasio faces challenges getting the state and federal governments to pitch in after that. The cost rises to $177 million when the program goes into full effect throughout the city.