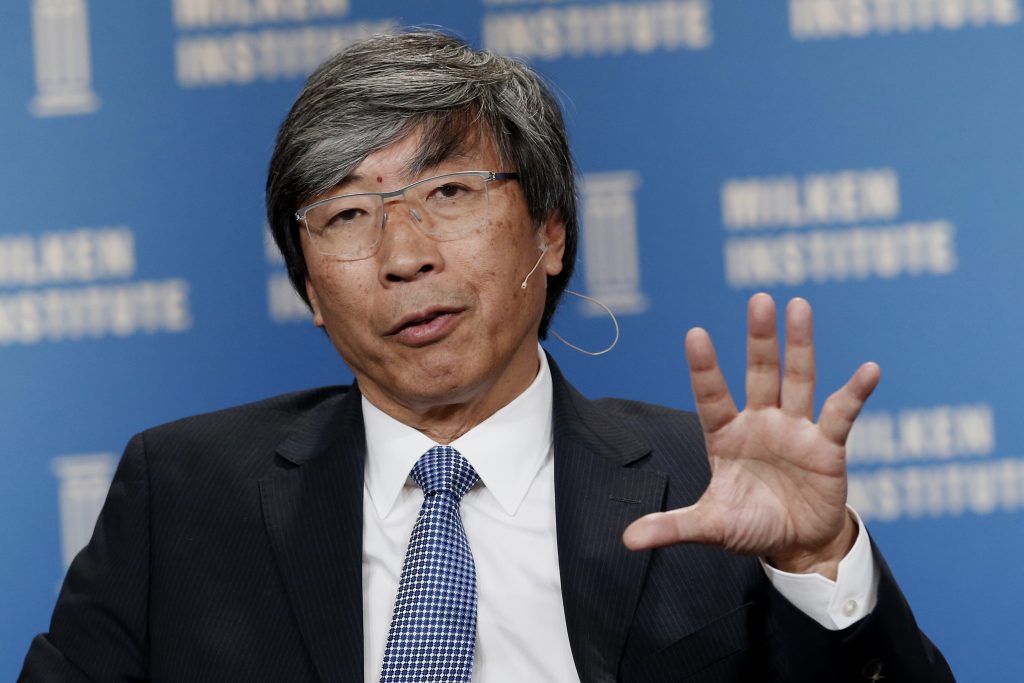 A health-care company founded by the world’s richest doctor is struggling to get paid for an $11,000 diagnostic test, the latest challenge to the billionaire’s quest to conquer cancer.

NantHealth Inc.’s GPS Cancer, which purports to be the “nation’s first comprehensive molecular test of tumor and normal-tissue measuring,” goes beyond other DNA sequencing tests in the market by providing information on protein expression levels and RNA, genetic messengers that transcribe DNA code into instructions for making proteins. It’s a key in founder Patrick Soon-Shiong’s ambitious approach to treating cancer.

NantHealth reported a combined 670 “commercial orders” for the tests in the second half of last year. Those numbers suggest a robust launch, but Bloomberg News, checking with each of the insurers that covers the test, has only confirmed that six were ordered and paid for, all from Sanford Health, a hospital system in the Dakotas. It isn’t clear how many of the other 664 ordered tests insurers will pay for or NantHealth has already given away.

NantHealth spokeswoman Jen Hodson did not dispute Bloomberg’s findings and said that any tests not ordered by payers would have been ordered by community oncologists. While this shows doctor interest, it suggests NantHealth is giving away the vast majority of the commercially ordered tests.

“We will not turn away a patient or physician that wants to order GPS,” said Hodson in an email. “That said, it does create a lag on reimbursement if the underlying insurance of the patient is not one of our contracted employers or payers.”

NantHealth reported $100.4 million in 2016 revenue but didn’t break out how much came from the diagnostic tests. The company also sells various software services to payers and hospitals.

“They seem to distribute an extraordinary number of tests that aren’t paid for,” said Paul Knight, an analyst at Janney Montgomery Scott who covers the diagnostic industry. Giving away tests to doctors to get the word out and generate demand is common among genomics startups but NantHealth’s numbers are “unusual” and show that the test is “a long way from being commercially viable.”

Some investors are losing confidence, driving down NantHealth shares 67 percent since the beginning of the year.

The payment questions come as Soon-Shiong, who is worth $8.6 billion according to the Bloomberg Billionaires Index, has been promoting the advances of a dozen or so companies he’s launched to wage his cancer-fighting campaign. He said he’s raised more than $1.8 billion from investors, but despite this success, his companies have been the focus of media reports that have suggested aggressive marketing techniques, self-dealing and over-hyped claims.

Reports in Politico and Stat News have detailed Soon-Shiong philanthropic gifts to entities that have business deals with his for-profit companies. The billionaire also came under fire recently for advertising videos touting NantKwest Inc.’s experimental cancer drug as a “breakthrough,” even though it’s only in early-stage trials. Nanthealth said it found “multiple inaccuracies” in the Stat News report. It didn’t respond to a request for comment on the Politico story.

Marketing the NantHealth test comes amid a groundswell of other companies seeking to offer diagnostic tests to sequence cancer tumors. As scientists are increasingly able to identify genetic mutations responsible for tumors, drugmakers are developing treatments aimed at specific mutations, creating a market for diagnostics companies to help sort patients by tumor type.

The billionaire has said his test is the most comprehensive on the market and enables “the doctor and the patient to have the most informed decision before treatment begins.” While other tests on the market focus only on mutated DNA that fuels cancer growth, Soon-Shiong’s argument is that additional information about the levels of proteins in patients’ tumor cells can supplement the DNA information and better guide treatment.

It’s a nascent field, and companies besides NantHealth have struggled to get reimbursed for tests at even half the cost. And though NantHealth touts that it’s signed on eight insurers and employers who say they’ll use the tests, they aren’t rushing to place orders. Insurer Horizon Blue Cross Blue Shield, for instance, said it has agreed to run a pilot study for 160 plan members but hasn’t yet ordered any tests. Allen Karp, senior vice president of health care management, notes the study hasn’t started yet.

Hodson said NantHealth is “farther along than many other vendors” in generating interest among doctors, as well as signing up insurers and corporate customers. Still, the most extensive and expensive cancer test on the market still has a long way to go before finding a widespread market.

The company has yet to conduct a study that shows the test can extend lives. And some of the biggest U.S. insurers say they won’t cover the GPS Cancer test without more data proving its value. While Cigna Corp. has not yet formally evaluated the GPS test, it tends not to cover genomic cancer tests because, according to Julie Kessel, Cigna’s senior medical director for coverage policy, the information they provide “is so exhaustive that it exceeds what is clinically meaningful.”