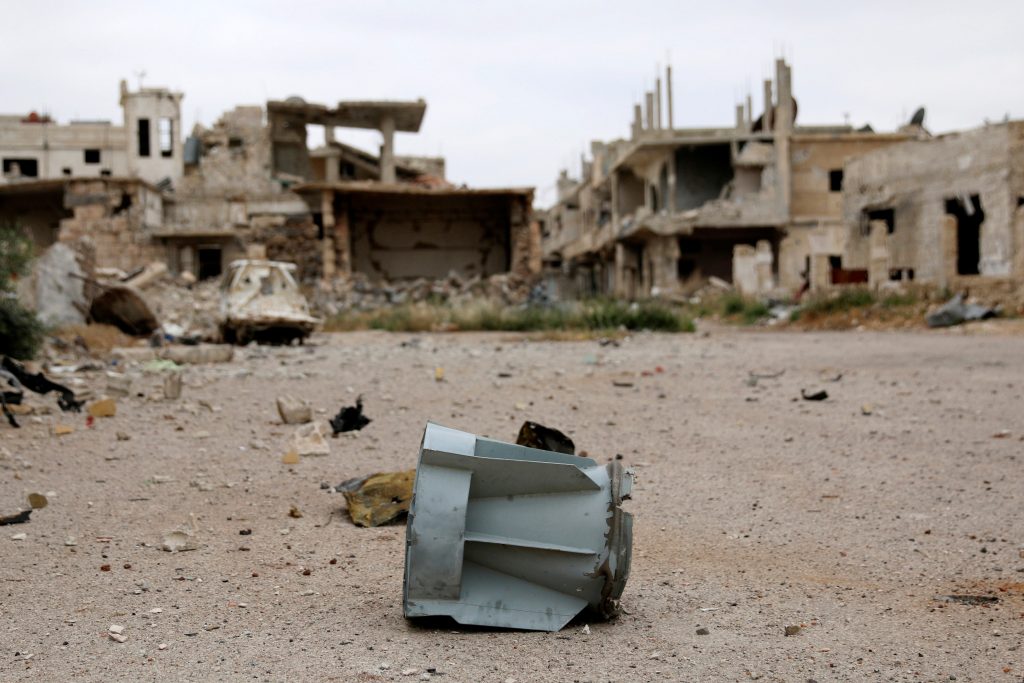 Missiles struck a medical center in Syria’s northern rebel-held province, putting the facility built underground for protection out of service and killing a number of its staff, opposition activists said Saturday.

The Britain-based Syrian Observatory for Human Rights reported that airstrikes had seriously damaged the medical center in Abdin village, in Idlib. The activist-run Aleppo Today media group also reported on the airstrikes.

International medical charities say Syrian government forces target hospitals, clinics and ambulances in opposition-held areas. To protect against the targeting, many opposition-area medical facilities have set up their operations underground.

The attack against the Abdin medical center caused fires and killed a person in the vicinity, the Observatory said. Rescue workers sifted through the rubble to find survivors, lifting nine medical staff members as a search continued for four still missing.

According to Physicians for Human Rights, government and allied Russian forces have killed 727 medical workers in the course of the conflict.

The attacked medical center in Abdin is only a few miles north of Khan Sheikhoun, the town that was hit earlier this month with a chemical attack that left more than 80 people killed.

In Damascus Saturday, Syrian President Bashar Assad said his war on terrorism would not cease as long as there is any terrorist “desecrating the sanctity of the Syrian soil.”

He made the remarks as he presided over a meeting of the central committee of the ruling Syrian Arab Socialist Baath Party.

Assad said the U.S. strikes against a Syrian military base in the country’s center following the Idlib chemical attack were in response to the “terrorists'” defeat in the central city of Hama’s countryside, where they had launched an offensive. Assad’s government, which denied using chemical weapons in the Idlib attack, calls all armed opposition groups terrorists.