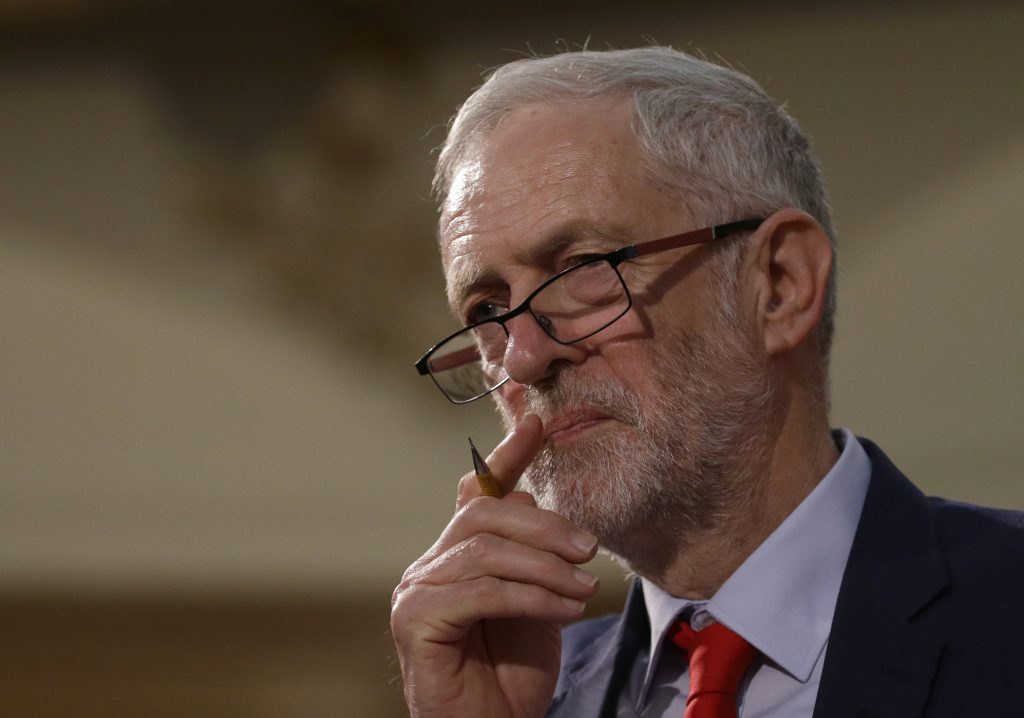 The leader of Britain’s main opposition Labour Party Jeremy Corbyn said on Sunday he could suspend British involvement in air strikes against Syria if he was elected prime minister at a June 8 election.

The veteran peace campaigner, whose Labour Party is around 20 points behind the ruling Conservatives in opinion polls, set out his position on a range of security and foreign policies, saying he would look again at Britain’s nuclear deterrent and was against using nuclear weapons.

His comments were pounced upon by the Conservatives, who said that Corbyn posed a threat to British security and was the best reason “for sticking with the strong leadership of (Prime Minister) Theresa May”.

Corbyn told the BBC’s Andrew Marr Show that he believed that “the only solution in Syria is going to be a political one”.

“I want us to say ‘Listen, let’s get people around the table quickly’ and a way of achieving that – suspending the strikes, possibly.”

The leftist leader, whose views on foreign policy have often been at odds with those held by other lawmakers in his party, also said he would have to consider whether he would authorize a drone strike against the leader of Islamic State to limit civilian casualties.

PM May, who said she had called the early election to shore up support for her divorce plan with the European Union and heal divisions in the country, looks set to win a large majority, with some polls putting support for her party at 50 percent.