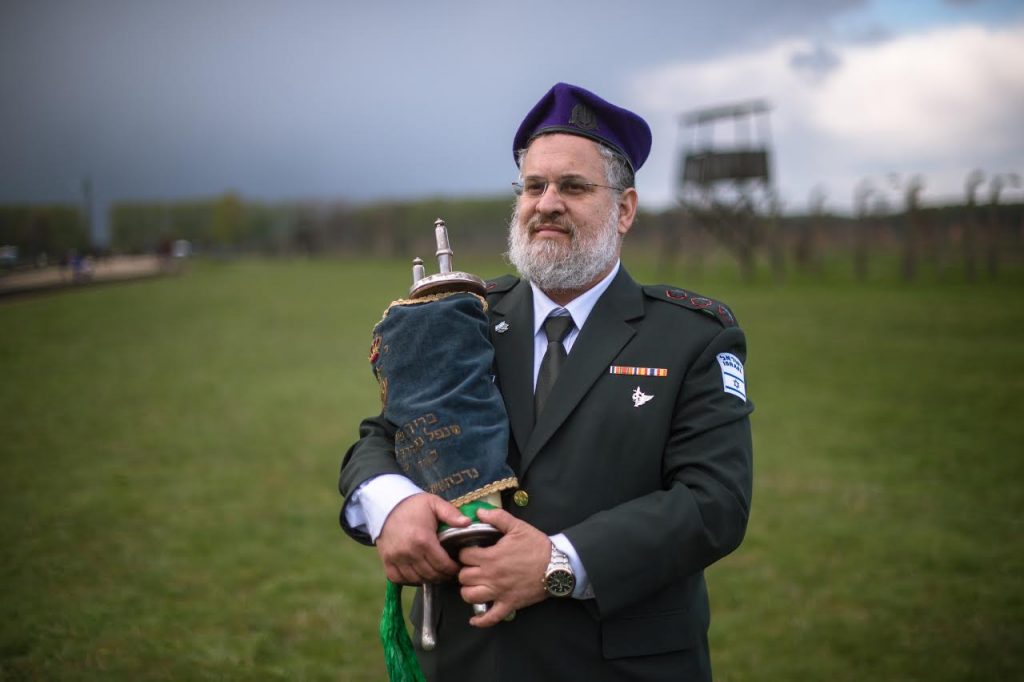 IDF Chief of Staff Gadi Eizenkot, along with hundreds of officers, soldiers wounded in the wars, and parents of fallen soldiers, visited the Auschwitz-Birkenau death camp in Poland on Sunday, the eve of Israel’s Holocaust Remembrance Day.

It was the first such official visit by the IDF, and Eizenkot’s first time visiting concentration camps since he took up his position in February 2015. He was joined by Maj. Gen. Aharon Haliva, the head of IDF logistics, Maj. Gen. Moti Almoz, IDF spokesperson and head of IDF manpower, as well as IDF Chief Education Officer Brig. Gen. Avner Paz-Tzuk.

Colonel Rabbi Hagai Wallasky cradled in his arms a sefer Torah, the first to reach the Kosel during the liberation of the Old City of Yerushalayim in June 1967.

After the visit to Auschwitz-Birkenau, which included a march down the train tracks leading into the death camp, Eizenkot wrote in the site’s guestbook: “My first visit to Poland as IDF chief of staff, seeing the evil up close and the great difficulty in understanding it, the death machine and the serial murder of our nation.”