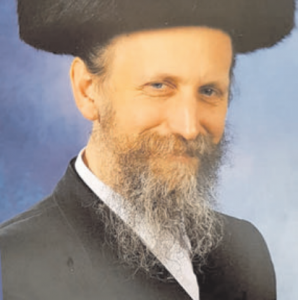 The Karlin Stolin community is deeply saddened by the news of the passing of Harav Pinchas Rosenbaum zt”l, after a protracted illness, at the young age of 57.

He was born in the United States in 1959 to his father, the chassid Reb Binyamin Beinush Rosenbaum z”l. As a bachur, Reb Pinchas joined the chassidim of the Karlin Stoliner Rebbe shlita and learned in Karlin. He then went to the Mir in Yerushalayim where he excelled in his learning, while cleaving to the  Karlin Stoliner chassidim and other luminaries in Yerushalayim.

He married the daughter of Harav Dovid Eliyahu Greenwald zt”l, a distinguished member of the Dushinsky kehilah, and after some additional time in the Mir he joined the prestigious Karlin Stoliner “Beis Ulpana D’rabbeinu Yochanan” kollel, where he was mechaber the sefer “Asuki Shmaatsa” on a number of masechtos.

He later joined the Karlin Stoliner yeshiva “Beis Aharon V’yisroel” as a maggid shiur, where he served as an exceptional role model in both learning and chassidus.

Five years ago he fell ill, yet he stood strong and insisted on keeping all of his shiurim, even when he had to go from treatment to treatment. He began a project of recording and writing summaries of the daf hayomi, some of which appeared in the sefer “Mechudadim” which he printed anonymously.

Sadly, he passed away on Shabbos, 26 Nissan, and his levayah took place Motzaei Shabbos. He is survived by his mother, his brothers, his wife, and children, sons-in-law and grandchildren, including a son who is getting married after Shavuos.