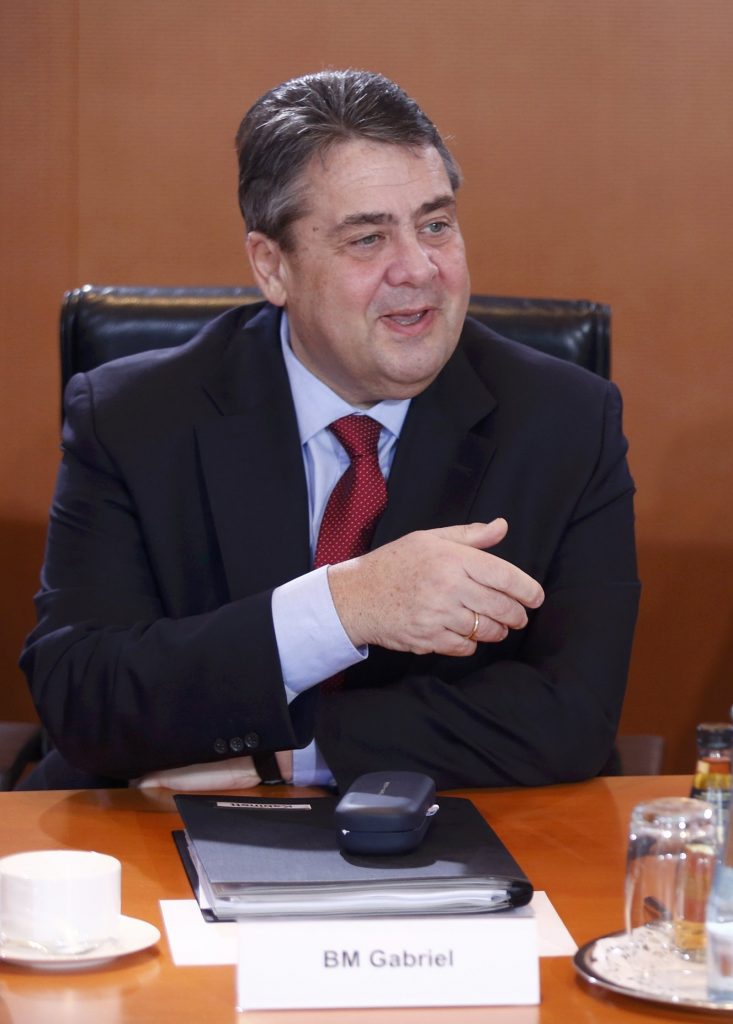 Deep and “unbreakable” ties between Germany and Israel are part of Germany’s national identity and pillars of its foreign policy, but Berlin will continue to press for a two-state solution, Foreign Minister Sigmar Gabriel said on Sunday.

“With respect to the Middle East conflict, our solidarity with Israel also means working to ensure that Israel and Palestine can live side by side in dignity and peace,” Gabriel said in a statement released as he departed for the region.

“Only a two-state solution will be sustainable,” he said.

Gabriel’s visit, his first since becoming foreign minister in January, comes as German concerns about Israeli settlement building have dragged ties to their lowest point in years.

German governments have made strong relations with Israel a top priority ever since World War Two, going to great lengths to make amends for the murder of six million Jews by the Nazis.

“We do not believe that the current situation is sustainable,” Schaefer said. “We think it’s necessary to make another attempt to revive talks and negotiations in the framework of the Middle East process.”

He said relations between the two countries remained deep and important, but also cited “grave differences of opinion”.

“All those who care deeply about Israel… are sad, even depressed, about how entrenched everything is, and how much Israel is relying on its military-police superiority and is not developing any perspectives for the situation,” he said.

Roettgen said Israel was profiting from tensions elsewhere in the region, which had shifted the focus away from the Israeli-Palestinian issue, and in-fighting among Palestinians.

That had short-term security advantages, but the underlying situation was growing worse and more negative, he said, adding, “That is a real threat for Israel in the longer term.”

Merkel in March canceled a summit with Netanyahu that was due to occur in Jerusalem in May, and said she was worried that Israel’s building of settlements in the occupied West Bank was undermining progress towards a two-state solution.

Ceremonies took place across Germany over the weekend to mark Holocaust-related events, including the liberation of the women’s concentration center in Ravensbrueck.