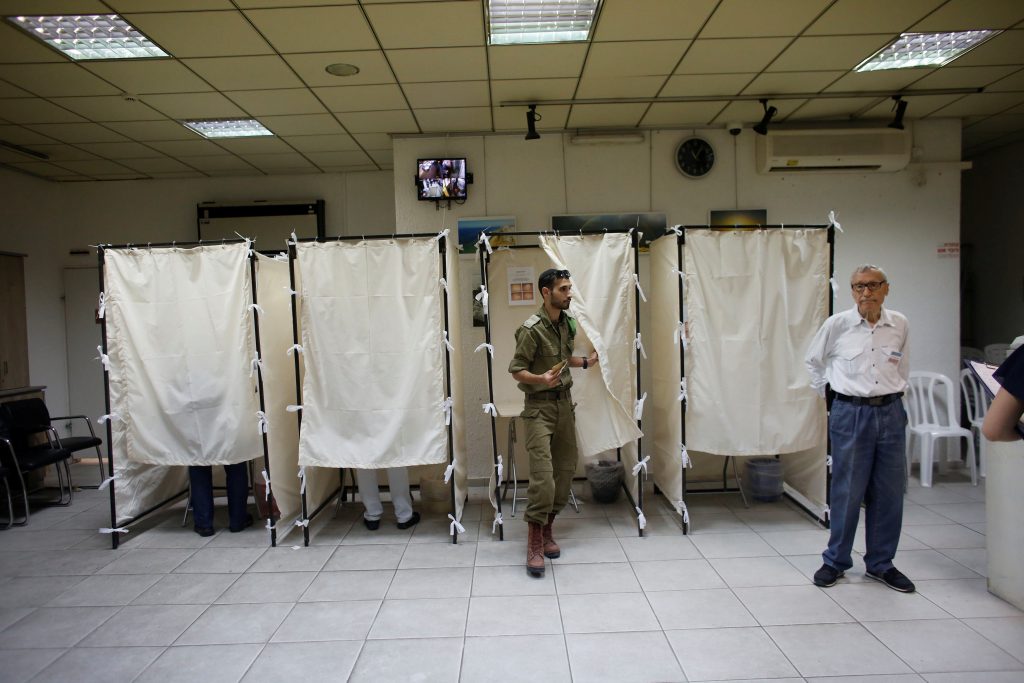 While the whole world waits anxiously for the electoral outcome in France, considerable attention was being paid to the voting patterns of the now-sizable expatriate population in Israel on Sunday.

Many of the 200,000 French-born Jews living in Israel were standing on long lines to cast their absentee ballots in the first-round of the French presidential election, The Times of Israel said.

Thousands went to vote at the French embassy in Tel Aviv and the consulates in Yerushalayim and Netanya, as well as 11 other polling stations around the country.

Although Channel 10 pegged the turnout at only slighter more than last time, in 2012— 28.54 percent by midday, versus the 28.29 percent then—the final numbers could well be significantly higher.

While election eve surveys predicted that centrist Emmanuel Macron and far-right candidate Marine Le Pen would lead in the first-round, French voters in Israel were voting for neither.

Instead, the favorite seems to be the conservative François Fillon of the Republicans, who has been coming in third in recent polls.

A sign of his popularity was last Thursday night when 450 people turned out to nearly fill an auditorium in Tel Aviv, compared to a mere 60 for Macron on Tuesday. The few Le Pen backers are reportedly keeping a low profile. One poll showed that only about 3 percent of French Jews will vote for her, given the anti-semitic record of her National Front party.

“Most French Jews are conservative,” a French journalist living in Israel, who asked to remain anonymous, told The Jerusalem Post. “They’re traditional Jews who lived among Muslims in North Africa, and don’t trust [Muslims].”

The pro-Fillon event was organized by Meyer Habib, a deputy in the French National Assembly representing citizens in Israel, Greece, Italy and other Mediterranean countries who is campaigning for reelection this year.

“We saw what happened on the Champs-Elysees,” Habib said of the shooting of a policeman in Paris last week. “Fillon is the only one who understands radical Islam and has the force and determination to fight it.”

Fillon, he says, has the support of pro-Israel figures, and, in general, the French Right is friendlier to Israel.

“The Left says they’re not anti-Semitic, they’re anti-Zionist, but that’s just the new anti-Semitism. They voted for the UNESCO decision that declared the Temple Mount and Western Wall a Muslim site [leaving out the Jewish connection to the Mount]. In Israel, we are in a war about values, not just land, and I think Fillon understands that. Israel’s security is of utmost importance, and he won’t compromise on that,” Habib said.