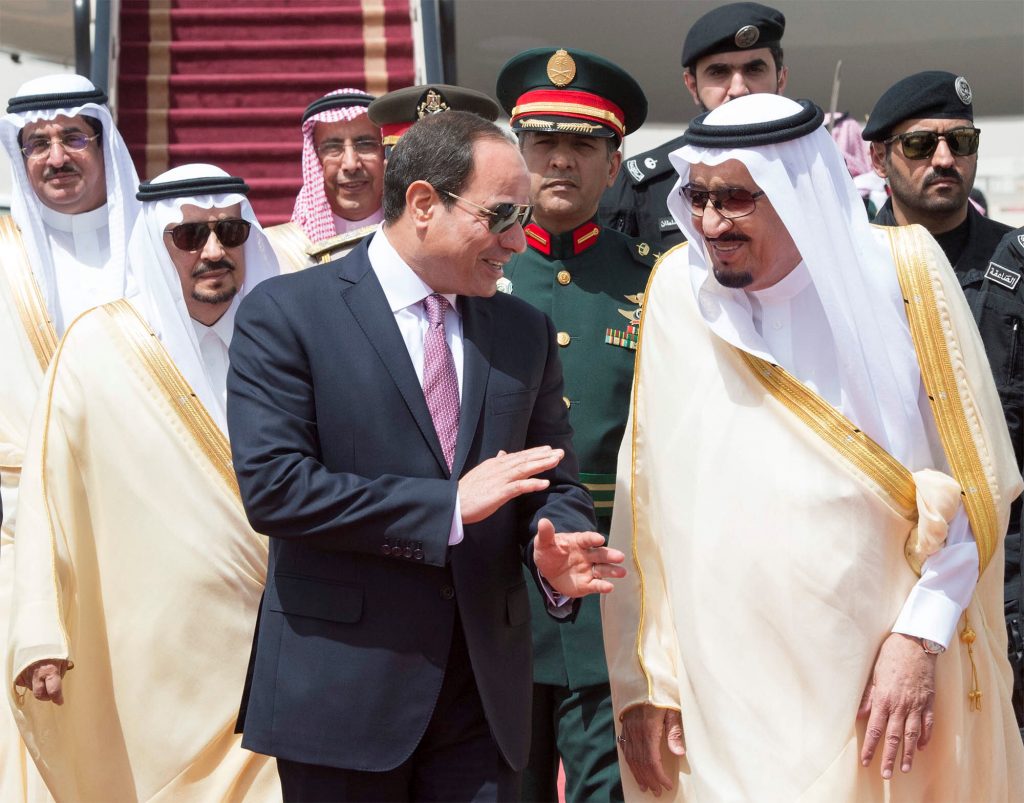 Egypt’s President Abdel-Fattah el-Sissi has met with Saudi Arabia’s King Salman in his first visit to the kingdom since a rare public spat last year erupted over diverging policies on Syria.

The close allies hold different views on Syria, where Saudi Arabia has aggressively pursued efforts to oust President Bashar Assad. In October, however, Egypt voted in favor of two separate draft resolutions on Syria at the U.N. Security Council, one of which had been drafted by Syria’s staunch ally Russia.

In statements after the bilateral meeting Sunday, both sides stressed the importance of the relationship.

Egypt, the Arab world’s most populous nation, depends on aid from Saudi Arabia, the region’s largest economy. The kingdom also backed el-Sissi’s rise to power after the ouster of the Muslim Brotherhood.