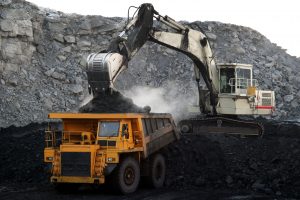 Lawmakers from coal-mining states are pushing to extend health benefits for more than 22,000 retired miners and widows whose medical coverage is set to expire at the end of April.

West Virginia Sen. Joe Manchin and other coal-state Democrats threatened to shut down the government over the issue in December, but they retreated after winning a four-month extension that preserves benefits through April 30.

As lawmakers return to the Capitol following a two-week recess, Sen. Manchin says the time for extensions is over.

“We will use every vehicle we can, every pathway we can, to make sure we do not leave here … until we have our miners protected,” he said in a speech on the Senate floor before the break.

“We’ve been very patient,” Manchin said. “I am not going to have another notice sent out to our retired miners, to their widows, saying we’ve given you 90 days or 120 days extension. That’s not going to happen this time.”

But as a Friday deadline looms to keep the government open, lawmakers have not reached agreement on extending the benefits. A plan pushed by GOP leaders in the House would extend health benefits for 20 months, through the end of 2018.

Manchin said Senate Democrats are against that idea because it’s only a partial fix. At least a dozen Senate Republicans are willing to join Democrats in support of a more complete plan that addresses health benefits and a related issue over failing pension plans for nearly 100,000 unionized miners, Manchin said.

“This shouldn’t be a Republican or Democrat issue,” he said in an interview. “This is an issue of fairness.”

A spokesman for Senate Majority Leader Mitch McConnell, R-Ky., said Mr. McConnell supports legislation to protect and permanently extend the health benefits, but had no word on the progress of talks related to the spending bill.

President Donald Trump, who has vowed to revive the struggling coal industry, has given “verbal support” for the miners’ benefits, Manchin said, but needs to do more.

“I need him now to either tweet or call Sen. McConnell and tell him it’s time to act,” Manchin said. “Mr. President, if you are listening, please tweet out: ‘Mitch, help us. We need you.'”

Mr. Trump and Republicans have decried what they describe as a “war on coal” waged by the Obama administration, and have taken a series of actions since Mr. Trump took office to boost coal production and reduce regulations, including a rule to protect streams from coal-mining debris.

Mr. Trump’s budget director, Mick Mulvaney, told reporters that the White House is “happy to talk … about pieces and parts of the miners’ programs” as part of negotiations on a bill to keep the government open.

Phil Smith, a spokesman for the United Mine Workers of America, said he is hopeful a compromise can be reached on health benefits, but he complained that Republicans appear unwilling to address the far more costly pension issue. Congress scrapped a $3 billion, ten-year measure to stabilize failing pension funds last year.

“The pension part is not going to go away. It only gets worse by the day,” he said.

Account balances have dwindled amid the coal industry’s steep decline, including continued layoffs and a rash of bankruptcy filings that have spread to the industry’s largest companies. Without congressional intervention, some pension funds could run out of cash by next year, the union says.

For the moment, Congress appears focused on health benefits.

In West Virginia, about 8,500 retired miners and their families face loss of benefits if Congress does not act. Some mining families have been unable to make doctor’s appointments after May 1 because of uncertainty over whether medical bills will be paid, Mr. Smith said.

“I remember from a young age listening to him tell me and my brother stories about the mines and teaching us about his United Mine Workers benefits and to let no one take advantage of this most precious insurance that he fought and worked so hard for,” Teresa Anderson said in a letter to Rep. Evan Jenkins, R-W.Va.

Her father died in 2012, but her mother, Mary, still receives the union benefits now at risk, Anderson said.

Jenkins, who read Anderson’s letter on the House floor, said Congress “cannot let the clock run out on our miners and their families. They kept up their end of the bargain – now it’s time for us to do the same.”