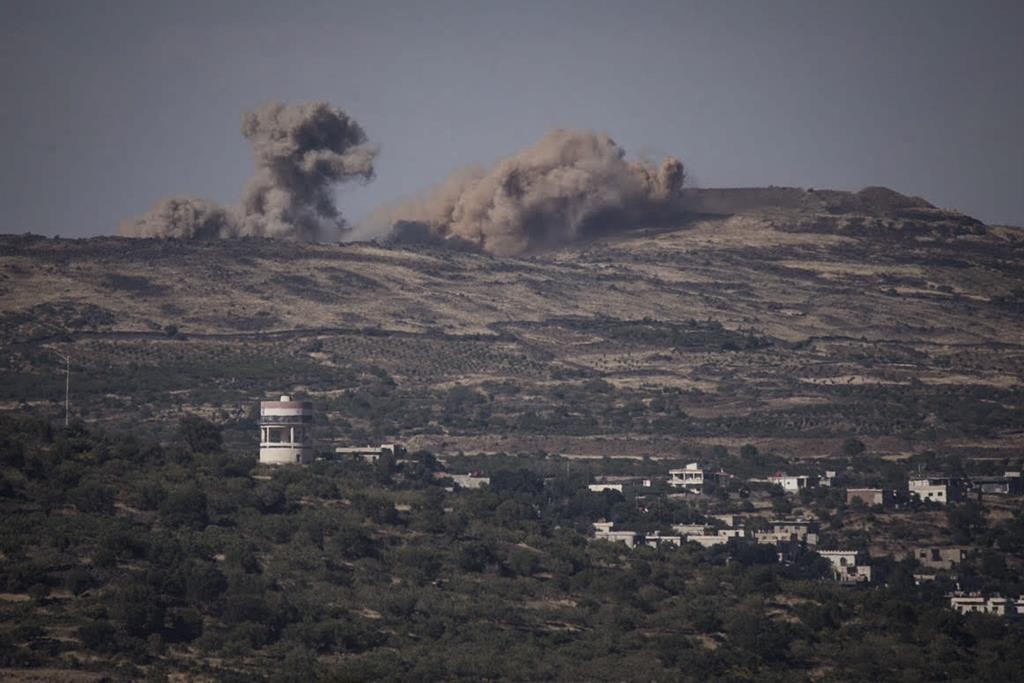 IDF forces returned fire over the Golan border at forces that fired into Israel Friday afternoon. Three mortar shells fell and exploded in Israel Friday afternoon. No injuries or damage were reported. Israeli officials have not yet determined if the rockets were fired at Israel deliberately or were meant to hit one of the various factions fighting in the Syrian civil war.  The IDF said that it would continue to respond to threats against Israelis, and would not tolerate any compromise of Israeli sovereignty.

Two Arabs were arrested late Friday near a Border Guard based outside Cjevron. The Arabs were found to be carrying firebombs that they planned to use against Israeli vehicles. Another Arab in the area threw a firebomb at Israeli security forces. Other firebomb attacks were reported in the Maale Adumim area.

Also Shabbos afternoon, dozens of Arabs rioted in the Shiloach (Silwan) neighborhood of Yerushalayim, where several hundred Jews live. Security forces faced off against Arabs throwing rocks and firebombs at Israeli forces and buildings where Jews live. Police used anti-riot techniques to dispel rioters. One Israeli officer was injured in the riot.