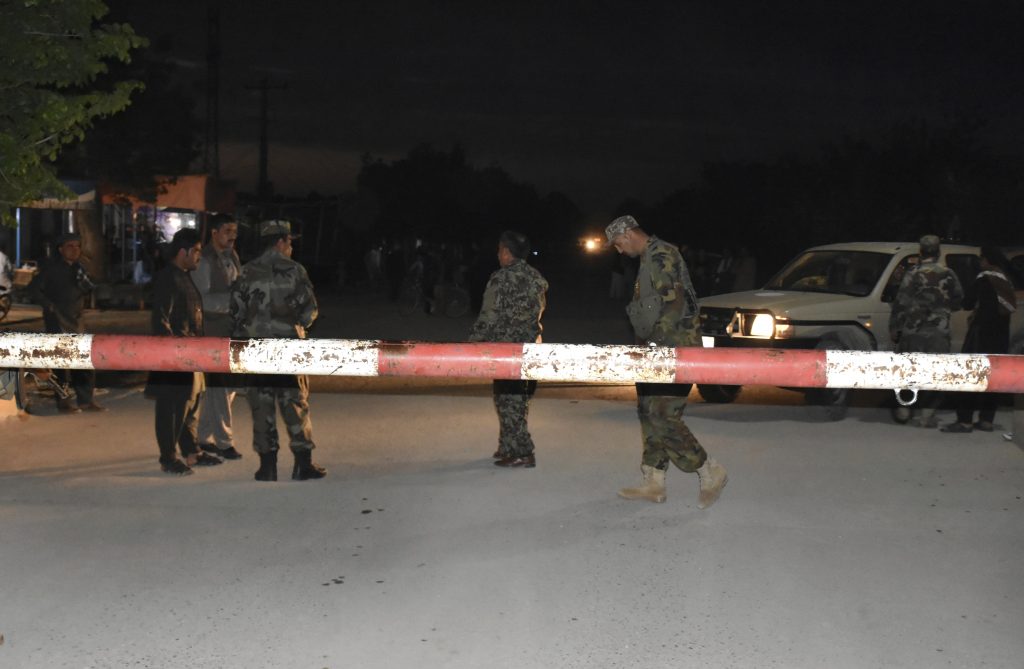 Authorities on Saturday raised the casualty toll to 100 in an attack on a military compound in northern Afghanistan a day earlier by gunmen and suicide bombers wearing army uniforms.

Gen. Daulat Waziri, spokesman for the Afghanistan Ministry of Defense, said the attack Friday on a compound of the 209th Corps of the Afghan National Army left dozens of soldiers and other personnel dead or wounded.

Reports conflicted on the death toll, but at least two sources within the army corps and a provincial security official, who spoke on condition of anonymity because they were not authorized to speak with the media, confirmed that more than 130 people were killed and at least 80 others wounded.

The Defense Ministry had said Friday night that eight soldiers were killed and 11 others were wounded in its initial reports.

Gen. Mohammad Radmanish, deputy spokesman for the Defense Ministry, said the terrorists entered the base in Balkh province using two military vehicles and attacked army personnel inside the compound’s mosque.

“Two suicide bombers detonated their vests full of explosives inside the mosque of the army corps while everyone was busy with Friday prayers,” he said.

Waziri said there were 10 terrorists, including the two who carried out the suicide attacks. Eight others were killed in a gun battle with soldiers.

Taliban spokesman Zabihullah Mujahid claimed responsibility for the assault in an e-mail sent to the media.

President Ashraf Ghani on Saturday traveled to the base and strongly condemned the attack.

Afzel Hadid, head of the provincial council in Balkh, told The Associated Press that more than 100 people, both army personnel and others present at the time inside the army crops, were killed in the attack.

“The exact number is still not verified, but for sure we know more than 100 were killed in the attack,” said Hadid.