World Serbian Officials Warn of Another War in the Balkans
World 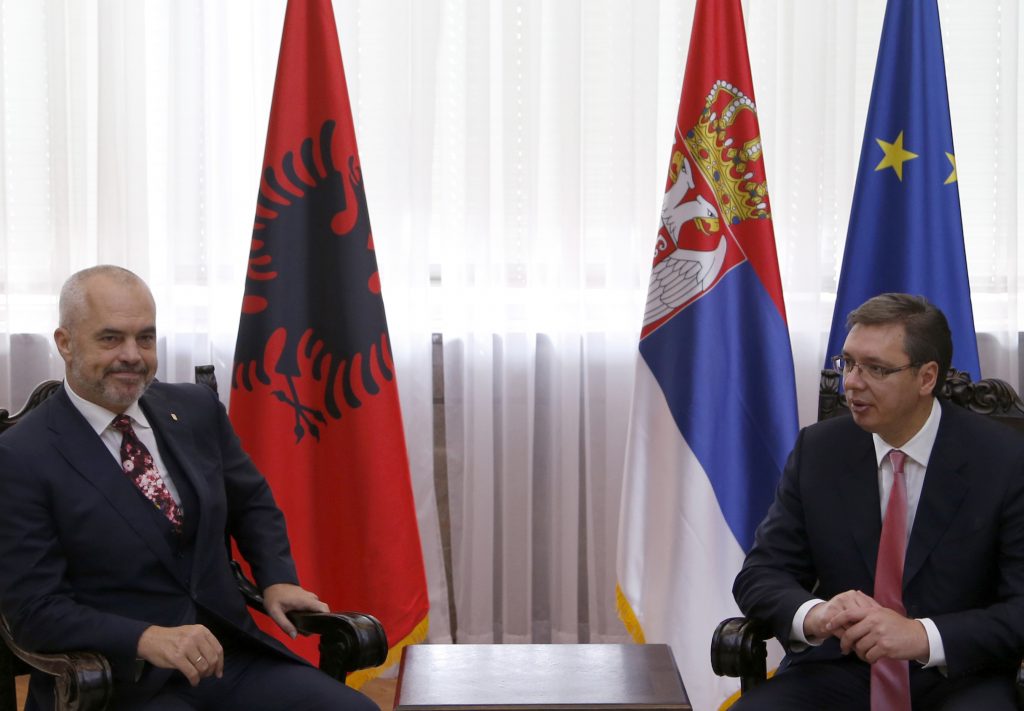 Serbian officials warned on Friday of another war in the Balkans if Albanians try to form a joint state with Kosovo in the war-weary European region and the West does not reject such a plan.

The angry reactions from the Serbs came after Albania’s Prime Minister Edi Rama said in an interview with the Politico journal that a union between Albania and ethnic-Albanian-dominated Kosovo cannot be ruled out if European Union membership prospects for the Western Balkans fade.

Serbian government minister Aleksandar Vulin said he expects the EU and NATO to denounce such statements, and that otherwise there could be another war in the Balkans.

Vulin said that a new war in the Balkans would also include Macedonia and Montenegro, which have large ethnic-Albanian populations.

Most of the Balkan wars were over attempts to create joint ethnically pure states, such as “Greater Serbia,” or “Greater Albania.”

Serbia’s former province of Kosovo declared independence in 2008, which Serbia and its Slavic ally Russia do not recognize. NATO bombarded Serbia in 1999 to stop its crackdown against ethnic Albanian separatists.

The Balkans saw bloody clashes in the 1990s that left tens of thousands dead and millions homeless, mostly because of Serb nationalists’ demands to create a new state that would comprise all Serb-populated lands in former Yugoslavia.

Serbian officials hinted that in case of an all-Albanian state in the Balkans, Serbia could try to form a union with a Serb mini-state in neighboring Bosnia — something that would be against a U.S.-sponsored peace plan that ended the war there in 1995.

Serbian Prime Minister Aleksandar Vucic, a former ultranationalist turned pro-EU reformer, said that the unification between Albania and Kosovo “will remain only wishful thinking” and called on the EU to react.

“If I said that all Serbs should live in one state, I would be hanged from a flagpole in Brussels,” Vucic said.

Both Serbia and Albania have declared a desire to be part of the EU amid its struggle with its internal problems.

Serbs have historically speculated that Albania wants to form a joint state embracing all Albanians in Serbia, Macedonia, Montenegro and Greece.

Likewise, Serbia has been accused of wanting to create “greater Serbia” comprising territories in Kosovo, Bosnia, Croatia and Montenegro where Serbs live.