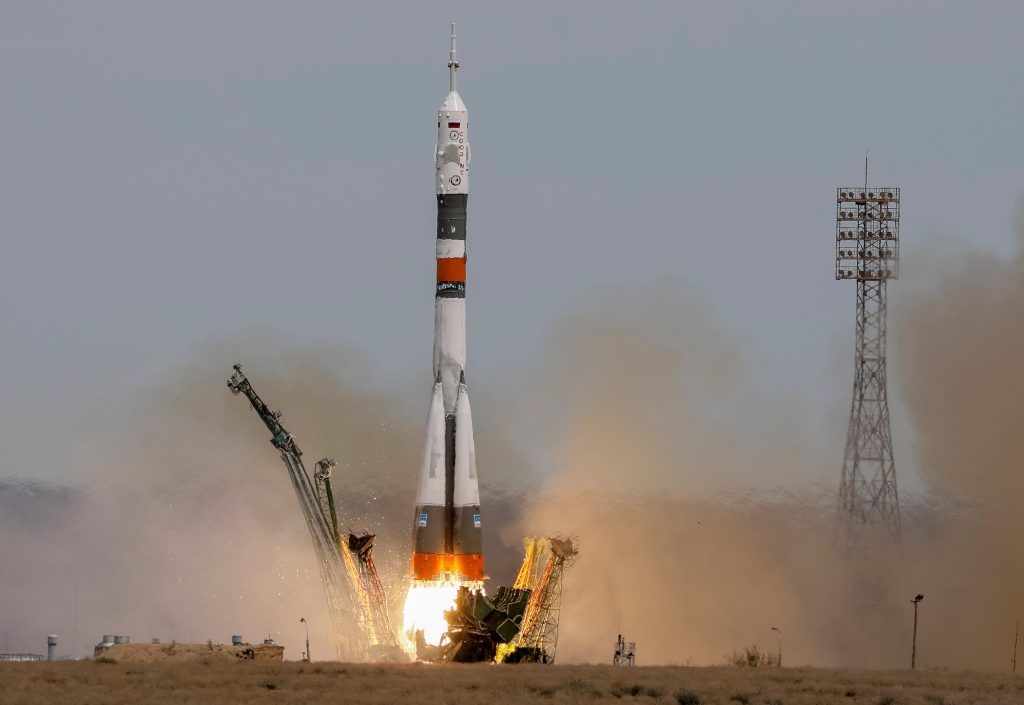 A scaled-down, two-man U.S.-Russian crew blasted off from the Baikonur Cosmodrome in Kazakhstan on Thursday for a six-hour ride to the International Space Station, a NASA broadcast showed.

A Russian Soyuz capsule carrying NASA astronaut Jack Fischer, 43, and Russian cosmonaut Fyodor Yurchikhin, 58, lifted off at 1:13 p.m. local time with a rare empty third seat. Russia is scaling back space station staffing until its long-delayed science laboratory is flown to the orbiting outpost next year.

Fischer and Yurchikhin were scheduled to reach the $100 billion space station, which orbits about 250 miles above Earth, at 9:23 a.m. EDT.

The rookie astronaut will be sharing the station with two seasoned veterans.

Soyuz crewmate Yurchikhin has made four previous spaceflights. Station commander Peggy Whitson, 57, in the midst of her third long-duration mission, is due on Monday to beat the 534-day record for cumulative time spent in space by a U.S. astronaut.

She is expected to receive a congratulatory phone call on Monday from U.S. President Donald Trump, NASA said on Wednesday.

Whitson, who flew to the station in November along with Russian cosmonaut Oleg Novitskiy and French astronaut Thomas Pesquet, will remain aboard with Fischer and Yurchikhin until September.