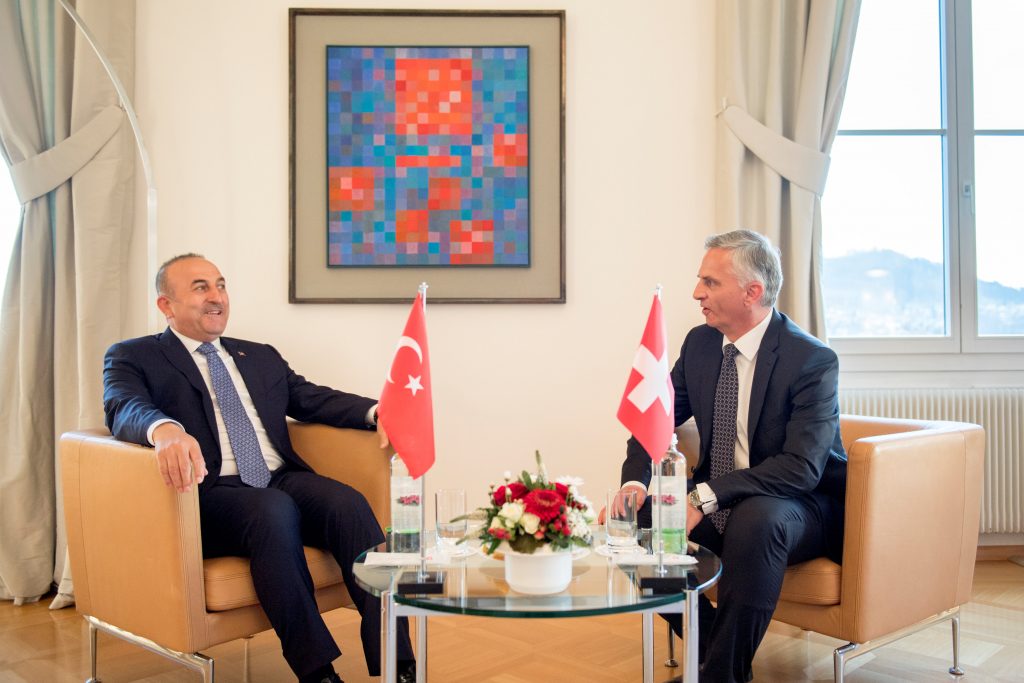 Switzerland’s Foreign Minister Didier Burkhalter has come under fire for consorting with Hamas, after a Swiss newspaper exposed his meetings with representatives of the terrorist organization, The Jerusalem Post reported on Thursday.

One of those critics was the conservative Swiss People’s Party deputy and foreign policy expert, Alfred Heer, who declared that it is “unbelievable that the Federal Council’s Burkhalter does not finally end support of Hamas from the EDA [Federal Department of Foreign Affairs].”

Jacob Keidar, Israel’s ambassador to Switzerland, said on Wednesday, “We have been conveying our views concerning Hamas to the Swiss government on a constant basis, and we have been trying to persuade them to adopt our views.”

While Israel, the European Union and the U.S. have officially listed Hamas and Hezbollah as a terrorist organization, Switzerland opposes putting such groups on a blacklist. The Swiss are not a member of the EU.

Burkhalter, from The Liberals party, is generally regarded as unfriendly toward Israel.

The foreign ministry was only recently accused of funding NGOs that allegedly call for boycotts against Israel and espouse anti-Semitic views.

“Switzerland finances in different ways organizations in Israel and the Palestinian territories that call for the annihilation of Israel and for the death of Jews,” Basler Zeitung senior editor Dominik Feusi wrote in February.