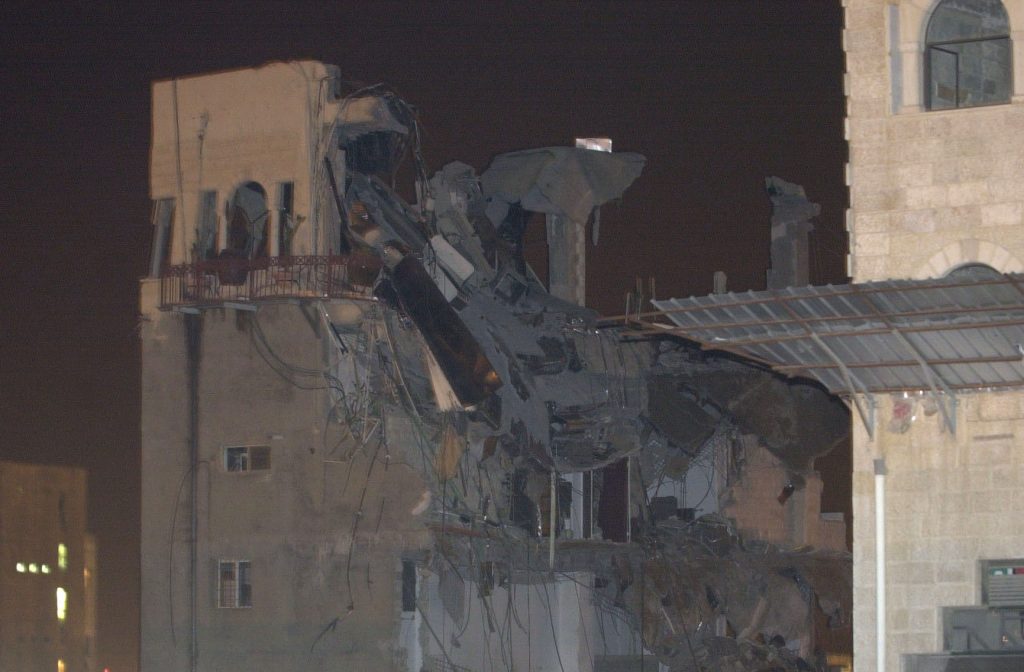 Dozens of schools and public buildings — including many Talmudei Torah and yeshivos — are in danger of collapse, in the same way that the Versailles wedding hall collapsed 16 years ago, according to a report on Channel Ten. Several specific examples of buildings constructed using the “Palkal” method were pointed out in the report, and according to Channel Ten, city inspectors in several municipalities who were alerted in the wake of the report immediately sent engineers to determine what needed to be done to prevent a collapse.

The Palkal method was used in dozens of buildings to speed up construction, with cheaper and lighter materials used for ceilings. The problem with the method involves multi-story buildings, since the ceiling of the first floor must be reinforced in order for it to be used as the floor for the second story. Although the engineering specifications for buildings using the method require such reinforcement, it was not always included.

Palkal was popular in the 1980s before it was banned by the Israel Standards Institute in 1996 — but not before hundreds of buildings were constructed using the method. In 1998, the Interior Ministry ordered all municipalities and local councils to review their building stock and determine what steps were needed to bring buildings that used the method up to standards, but according to Channel Ten, that work has yet to be completed.

The most well-known tragedy involving a Palkal building was that of the Versailles wedding hall in Yerushalayim in 2001, the worst civil disaster in the country’s history. The collapse of the hall, which sent people plummeting two stories, was determined to have been caused by an inferior construction system that could not handle large numbers of people at a single time. Twenty-three people were killed in that tragedy. A settlement in which more than 200 people injured in the collapse are to receive NIS 75 million in compensation was verified by the Yerushalayim District Court last week.