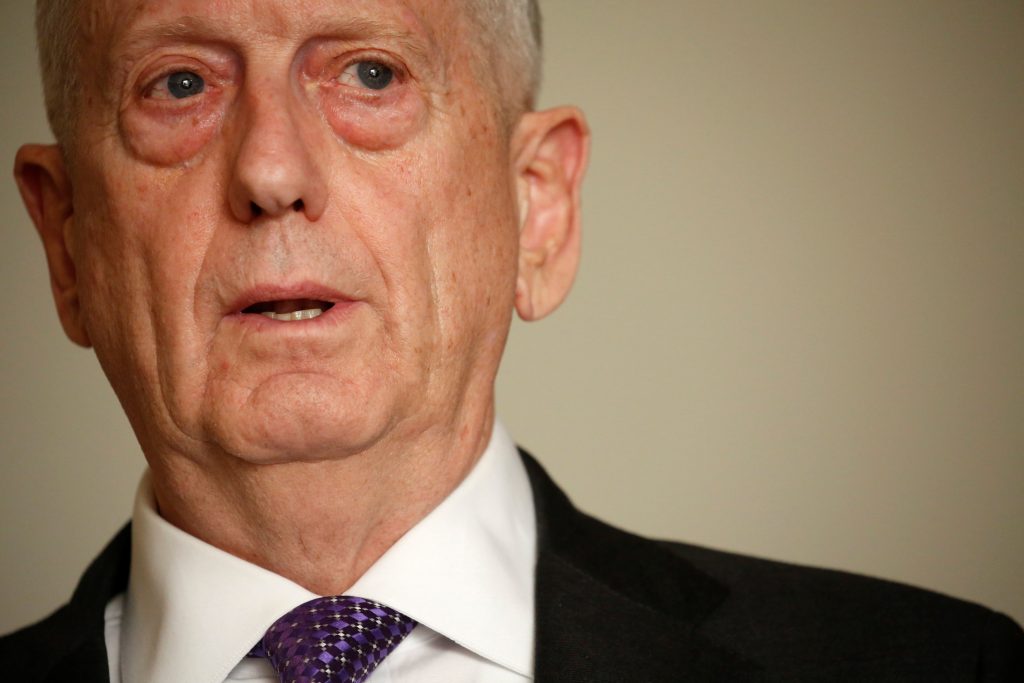 The ear-splitting explosion from America’s “mother of all bombs” has been followed by calculated silence about the damage it inflicted.

U.S. Defense Secretary Jim Mattis said on Thursday that he does not intend to discuss damage estimates from last week’s use of the military’s most powerful non-nuclear bomb on an Islamic State stronghold in Afghanistan.

The April 13 attack on an IS tunnel and cave complex near the Pakistani border marked the first-ever combat use of the bomb, known officially as a GBU-43B, or Massive Ordnance Air Blast bomb. U.S. military officials have said the 11-ton bomb effectively neutralized an IS defensive position.

Former Afghan President Hamid Karzai, however, called the use of the weapon “an immense atrocity against the Afghan people.”

The Afghan government has estimated a death toll of more than 90 militants. It said no civilians were killed.

Reporters traveling with Mattis in Israel asked for his assessment of the bomb’s damage, but he refused.

“For many years we have not been calculating the results of warfare by simply quantifying the number of enemy killed,” Mattis said.

But the Pentagon sometimes announces death counts after attacks on extremists.

On Jan. 20, for example, it said a B-52 bomber strike killed more than 100 militants at an al-Qaida training camp in Syria. That same day, the Pentagon said more than 150 al-Qaida operatives had been killed by U.S. strikes since Jan. 1.

Mattis, who assumed office hours after President Donald Trump’s inauguration on Jan. 20, hasn’t publicly discussed such numbers. He said on Thursday that his view was colored by lessons learned from the Vietnam war, when exaggerated body counts undermined U.S. credibility.

“You all know the corrosive effect of that sort of metric back in the Vietnam war, and it’s something that’s stayed with us all these years,” said Mattis, who was in Tel Aviv to meet Israeli government leaders on Friday.

The publicity created by the bombing in Afghanistan caught many Pentagon leaders by surprise, leading to questions about whether U.S. commanders fully considered the strategic effects of some seemingly isolated decisions.

The Pentagon also has been criticized for its declaration that an aircraft carrier battle group was being diverted from Southeast Asia to waters off the Korean Peninsula, amid concern that North Korea might conduct a missile or nuclear test. The announcement led to misinformed speculation that the ships were in position to threaten strikes on North Korea.

Mattis said he is confident that his commanders are properly weighing their actions.