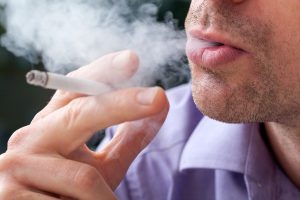 New York City Mayor Bill de Blasio and the city council proposed raising the minimum price of pack of cigarettes to $13, reducing the number of tobacco retailers and banning the sale of tobacco products at more than 550 pharmacies.

De Blasio said that the legislative package could reduce the number of smokers in the most populous U.S. city by 160,000 over the next three years. Tobacco kills an estimated 12,000 annually in New York City.

“When it comes to New Yorkers’ health, big tobacco is public enemy #1,” de Blasio said in a news release. “We can no longer sit by while the next generation becomes addicted.”

Mayor De Blasio, a Democrat running for re-election in November, is picking up the mantle of his predecessor, Mayor Michael Bloomberg, who raised tobacco taxes and banned smoking in public places, an effort to improve public health that was adopted by municipalities across the U.S. Bloomberg, currently an independent, is founder and majority owner of Bloomberg News parent Bloomberg LP.

If adopted, the legislative package, which also caps the number of e-cigarette retailers and requires apartment buildings to adopt and disclose smoking policies, may curb returns on about $1.5 billion of bonds issued by New York City repaid with payments from tobacco companies under a 1998 settlement. Settlement payments are based on cigarette shipments.

Raising the minimum price of cigarettes to $13 from $10.50 per pack may lead to a 6.4 percent decline in adult cigarette smoking, according to de Blasio. Altria Group, which sells Marlboro brand cigarettes in the U.S., reported on Feb.1 its domestic shipment volume declined about 3.5 percent in 2016, in line with its competitors.

The immediate impact of the mayor’s announcement on tobacco bonds issued by the New York City couldn’t be determined. There were no trades of debt issued by New York City’s Tobacco Settlement Asset Securitization Corporation as of 2:50 p.m., according to data compiled by Bloomberg.

This month, California, which accounts for more than a tenth of the tobacco industry’s sales, raised cigarette taxes by $2 per pack.

A federal excise tax increase, which would have a greater impact on consumption, isn’t imminent given the Trump administration’s push to reduce taxes and cut regulation, Jeffrey Burger, who co-manages the Dreyfus High Yield Municipal Bond fund, has said. When the federal government raised cigarette taxes 62-cents-a pack in 2009, sales fell 9.2 percent.

Junk-rated municipal tobacco-bonds have returned 12.8 percent this year, more than three times the muni high-yield bond index, according to Standard & Poor’s. Tobacco bonds have rebounded after losing 6.7 percent in the fourth quarter of 2016 when fund managers sold the securities — which are among the most liquid high-yield munis — to meet redemptions during the bond-market rout that erupted after Donald Trump’s presidential victory.