World Turkish FM: Presidents Trump and Erdogan to Meet in May
World 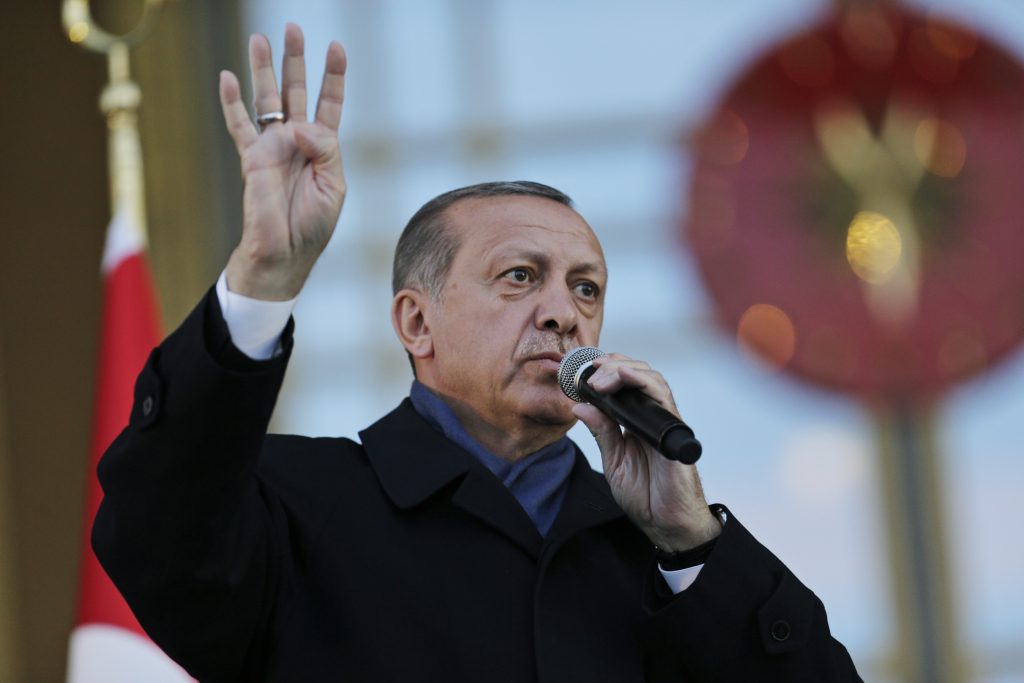 Speaking at a news conference Wednesday, Mevlut Cavusoglu said the two leaders would meet in May ahead of a NATO summit. Cavusoglu says he and U.S. Secretary of State Rex Tillerson will finalize the date according to the two presidents’ schedules.

Trump called Erdogan Monday, to congratulate him on his victory in the referendum on expanding presidential powers in Turkey. The two also discussed developments in Syria and the U.S. response to a chemical attack in Idlib province in early April.