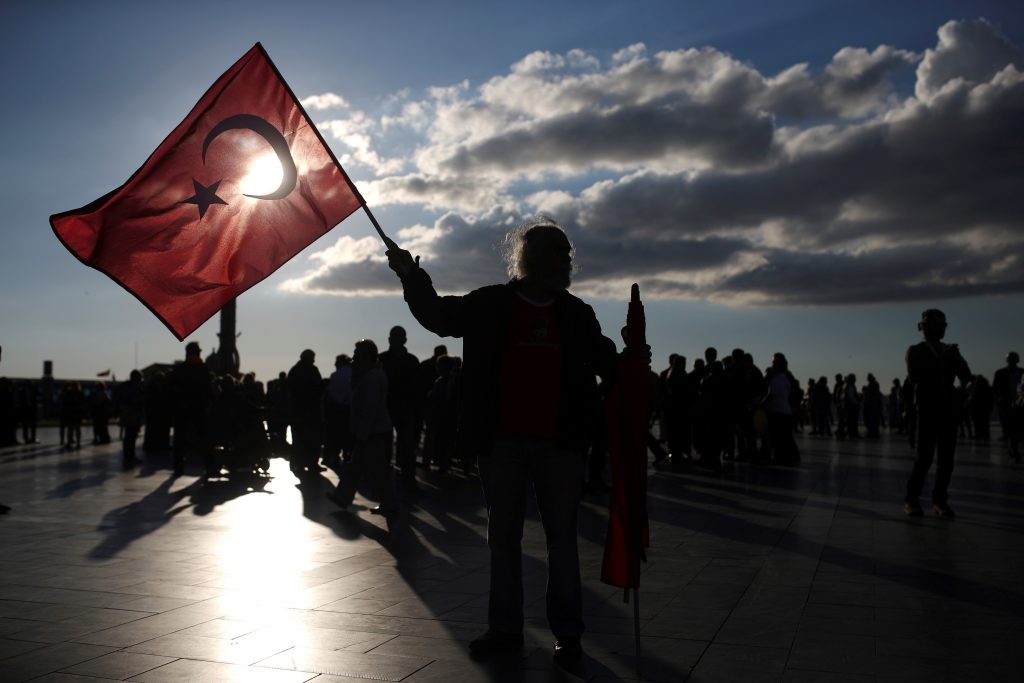 Turkey’s electoral board on Wednesday rejected petitions by opposition parties to annul the outcome of a recent referendum on expanding presidential powers because of voting irregularities.

The High Electoral Board announced in a written statement its decision to reject three requests by the opposition following a 10–1 vote.

Mehmet Hadimi Yakupoglu, the main opposition Republican People’s Party’s representative at the board, said they would take the decision to the constitutional court and then to the European Court of Human Rights if necessary.

Before the electoral board’s announcement, Prime Minister Binali Yildirim said that the opposition had the right to file objections, but warned that calling for street protests was unacceptable.

Opposition parties have complained of a series of irregularities, particularly an electoral board decision to accept ballots without official stamps, as required by Turkish law. The board, however, published past rulings on the validity of unstamped ballots.

Earlier, Yildirim said that “the path to seek rights” should be limited to the courts.

“Calling people to the street is wrong and is outside the line of legitimacy,” Yildirim said, adding, “We expect the main opposition party’s leader to act more responsibly.”

Thousands have protested in Istanbul and Ankara since Sunday’s referendum, which has set into motion the transformation of Turkey’s system of government from a parliamentary to a presidential one.

“The main opposition party not recognizing the results is not an acceptable thing,” Yildirim said.

The Istanbul Bar Association filed a criminal complaint against electoral board head Sadi Guven for “wrongful conduct” and “altering the result of the election.”

A prosecutor will now consider whether to press charges against Guven.

International election monitors, including from the Organization for Security and Cooperation in Europe, noted a series of irregularities, and said the decision to accept as valid ballots without official stamps undermined safeguards against fraud and was contrary to Turkish law.

“The German government takes the report by the OSCE and the Council of Europe very seriously, and we expect Turkey to do so,” government spokeswoman Ulrike Demmer told reporters in Berlin. “We will follow closely how Turkey behaves on this. From the German government’s point of view, Turkey must … clear up the questions that have been raised.”

Erdogan has dismissed the criticism from the observer mission, telling the monitors that they should “know your place.”

“That the Turkish leadership didn’t like the criticism by the OSCE’s election observer mission isn’t a surprise to anyone,” German Foreign Ministry spokesman Martin Schaefer said.

“What matters for us is not so much the first reaction from whomever in Turkey, directed more at domestic politics, but whether the responsible Turkish authorities really deal seriously with the criticism voiced publicly by the OSCE election observer mission, which was meant seriously and researched seriously.”

The U.S. response has been different, with President Donald Trump calling Erdogan shortly after the referendum to congratulate him on his win.

Foreign Minister Mevlut Cavusoglu said that Erdogan and Trump would meet in person next month, before a NATO summit. Cavusoglu said that he and U.S. Secretary of State Rex Tillerson would finalize the date according to the schedules of the two presidents.