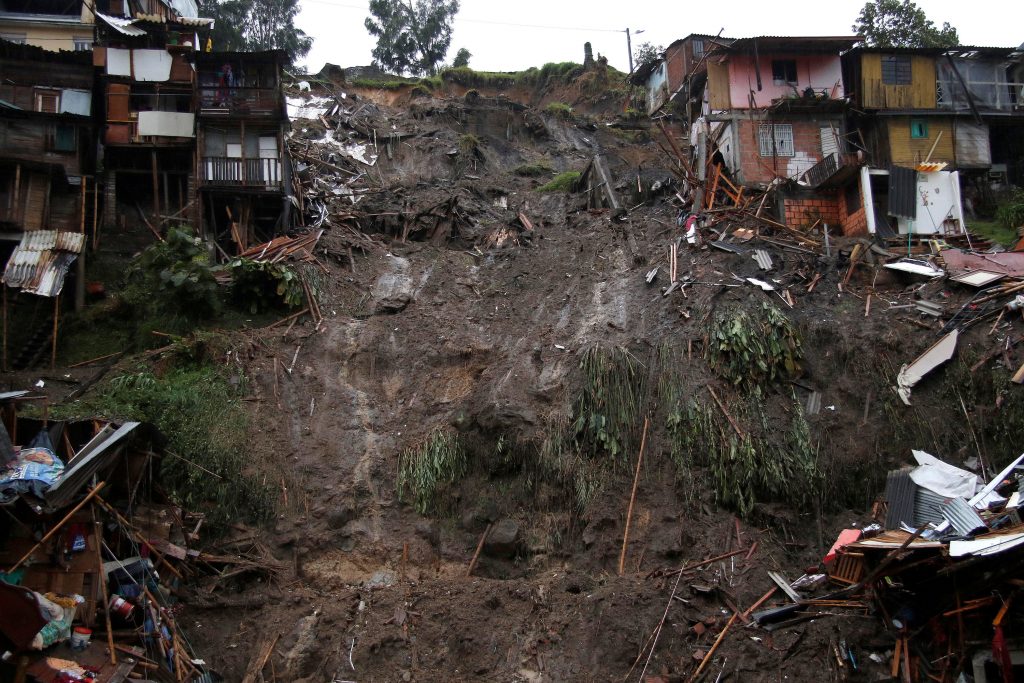 At least 11 people were killed and 20 are missing after a landslide hit several neighborhoods in Manizales, Colombia, the government said on Wednesday. It is the second deadly landslide in the country this month.

Recent heavy rains have endangered residents in dozens of provincial towns, where makeshift construction on the slopes of the Andes makes neighborhoods particularly susceptible to landslides and flooding.

The landslide in Manizales, capital of Caldas province west of Bogota, followed a similar disaster in Mocoa, Putumayo earlier this month that killed more than 320 people and displaced thousands from their homes.

“The situation in Manizales is very worrying. The toll is sad, there are 11 people dead,” Transport Minister Jorge Eduardo Rojas said after meeting with the province’s governor and the mayor of the city.

Nine people were injured and at least 57 houses have been affected, the government said. Local media reported that Manizales received a month’s average rainfall just overnight.

President Juan Manuel Santos said in a Twitter post that he was trying to get to the scene, but was delayed by continuing bad weather.

Even in a country where rains, a mountainous landscape and informal construction combine to make landslides a common occurrence, the scale of the Mocoa disaster was daunting compared with recent tragedies, including a 2015 landslide that killed nearly 100 people.