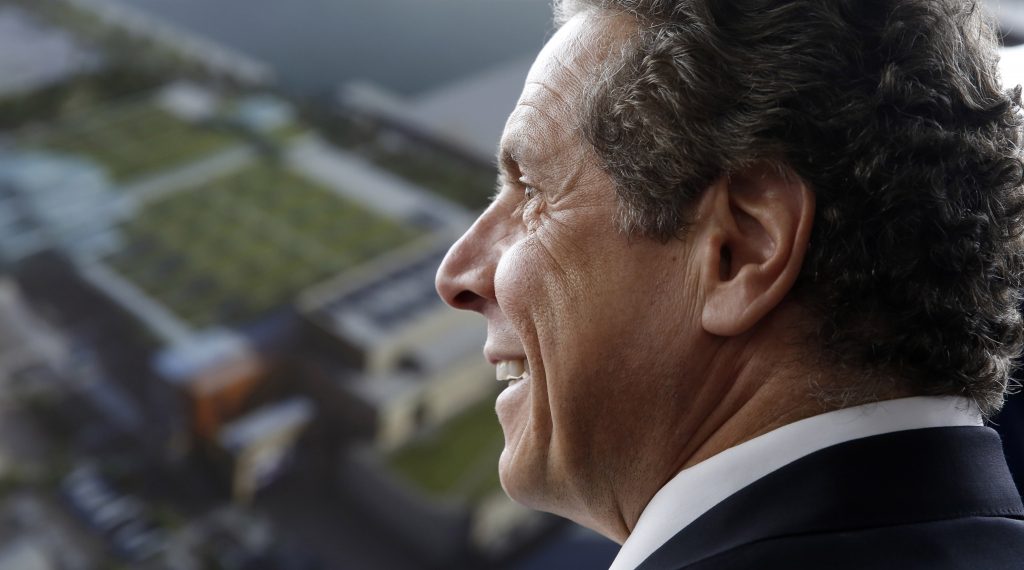 Gov. Andrew Cuomo has reported earning nearly $418,000 on his federal tax return for tax year 2016, more than half of which was bolstered by a bump in royalty payments from his 2014 memoir.

The Democratic governor made his tax returns available to journalists Tuesday afternoon showing about $218,000 in earnings from the book All Things Possible along with $168,000 from his gubernatorial salary and some investment income.

The book earnings are a sharp contrast to last year, when Cuomo did not declare any book payments. The previous year he earned just under $377,000 from the memoir. Spokesman Rich Azzopardi said payments are based on a contractual agreement with publisher HarperCollins.

Cuomo donated $20,000 to HELP USA, a charity for the homeless he founded decades ago.

Lt. Gov. Kathy Hochul and her husband reported nearly $368,000 in income on their returns. Hochul is married to William Hochul, the U.S. attorney for the Western District of New York.

Together they donated $21,260 to more than 20 charities last year, including Canisius College in Buffalo, Buffalo City Mission, St. Anthony of Padua Church, and the Kathleen Mary House, which provides services for victims of domestic violence.