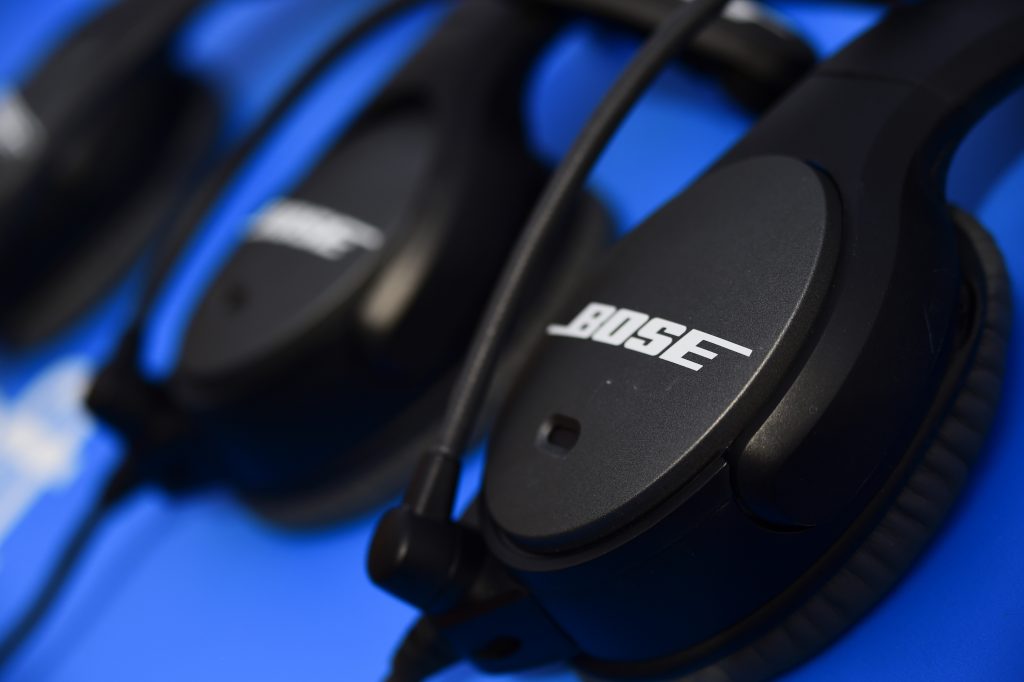 Bose knows what you’re listening to.

At least that’s the claim of a class-action lawsuit filed late Tuesday in Illinois that accuses the high-end audio equipment maker of spying on its users and selling information about their listening habits without permission.

The main plaintiff in the case is Kyle Zak, who bought a $350 pair of wireless Bose headphones last month. He registered the headphones, giving the company his name and email address, as well as the headphone serial number. And he download the Bose Connect app, which the company said would make the headphones more useful by adding functions such as the ability to customize the level of noise cancellation in the headphones.

But it turns out the app was also telling Bose a lot more about Zak than he bargained for.

According to the complaint, Bose collected information that was not covered by its privacy policy. This included the names of the audio files its customers were listening to:

Defendant programmed its Bose Connect app to continuously record the contents of the electronic communications that users send to their Bose Wireless Products from their smartphones, including the names of the music and audio tracks they select to play along with the corresponding artist and album information, together with the Bose Wireless Product’s serial numbers (collectively, “Media Information”).

Combined with the registration information, that gave Bose access to personally identifiable information that Zak and other never agreed to share, the complaint says. Listening data can be very personal, particularly if users are listening to podcasts or other audio files that could shade in information about their political preferences, health conditions or other interests, the complaint argues.

The filing also alleges that Bose wasn’t just collecting the information. It was also sharing it with a data mining company called Segment.io, according to research conducted by Edelson, the Chicago-based law firm representing Zak.

Bose did not immediately respond to a request for comment on the suit.

Wireless headphones are part of a growing category of connected devices, in which everyday products can hook up to the Internet and pass information from users to companies. Other smart device makers have also been accused of sharing and selling information without users’ consent.

“It’s increasingly important for companies to be upfront and honest about the data use policies” as more devices become smart, said John Verdi, vice president of policy at the Future of Privacy Forum. “This is a sign of the friction that is increasingly common when devices, like headphones, that were not previously connected or data-driven become increasingly data-driven.”

“Customers were not getting notice or giving consent to have this type of data leave their phone to go to Bose, or to third-parties,” said Christopher Dore, a lawyer at Edelson. He added that because a data mining company was picking up the Bose information, the small details of what Zak and others have listened to could have been resold by that company far and wide – but it’s not clear to whom. “We don’t know where the data could have gone after that,” Dore said.

Dore declined to elaborate on how Zak found out the information was being collected.

Wireless headphones are gaining popularity, analysts have said. Sales of Bluetooth headsets overtook sales of non-Bluetooth headsets in 2016, according to market research firm NPD Group. Moves from companies to remove headphone jacks from phones – most notably Apple and the iPhone – have also made Bluetooth headsets more appealing for consumers and manufacturers.

Many headphone makers pair their products with free apps that offer customers access to more features.

The products listed in the complaint are: the QuietComfort 35, SoundSport Wireless, Sound Sport Pulse Wireless, QuietControl 30, SoundLink Around-Ear Wireless Headphones II, and SoundLink Color II. Bose doesn’t release sales information on individual products. But the QuietComfort35, which is the model that Zak had, is a common fixture on gift guides – including The Washington Post’s – and one of the top-ten selling headphones on Amazon.com.

(Amazon chief executive Jeffrey P. Bezos is the owner of The Washington Post.)

The case is filed in the Eastern Division of the Northern District of the District Court of Illinois.