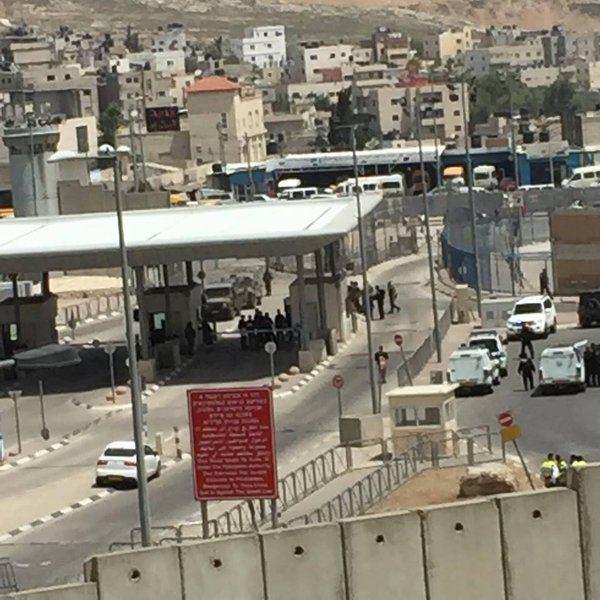 IDF soldiers and Shin Bet agents prevented, b’chasdei Shamayim, what could have been a major Pesach terror attack when they arrested a terrorist at the Kalandia checkpoint near Yerushalayim, it was revealed on Sunday. The terrorist was arrested carrying numerous weapons, including a knife and stun grenade, and planned to meet up with another terrorist in order to carry out attacks over Pesach.

Officers arrested the culprit, an Arab in his 20s, on Erev Pesach. They confiscated the weapons and detained him. Under questioning he told them that at least one other terrorist had been set to join him, but had apparently not shown up. Despite being alone, the terrorist said that he decided to try to enter Israel to carry out the attacks.

Security forces spent several days tracking down the second terrorist, and he was arrested last Thursday. He, too, is an Arab in his 20s from a village near Yerushalayim. More arrests are likely in the case.