Israel PA’s Abbas to Meet President Trump in May
Israel 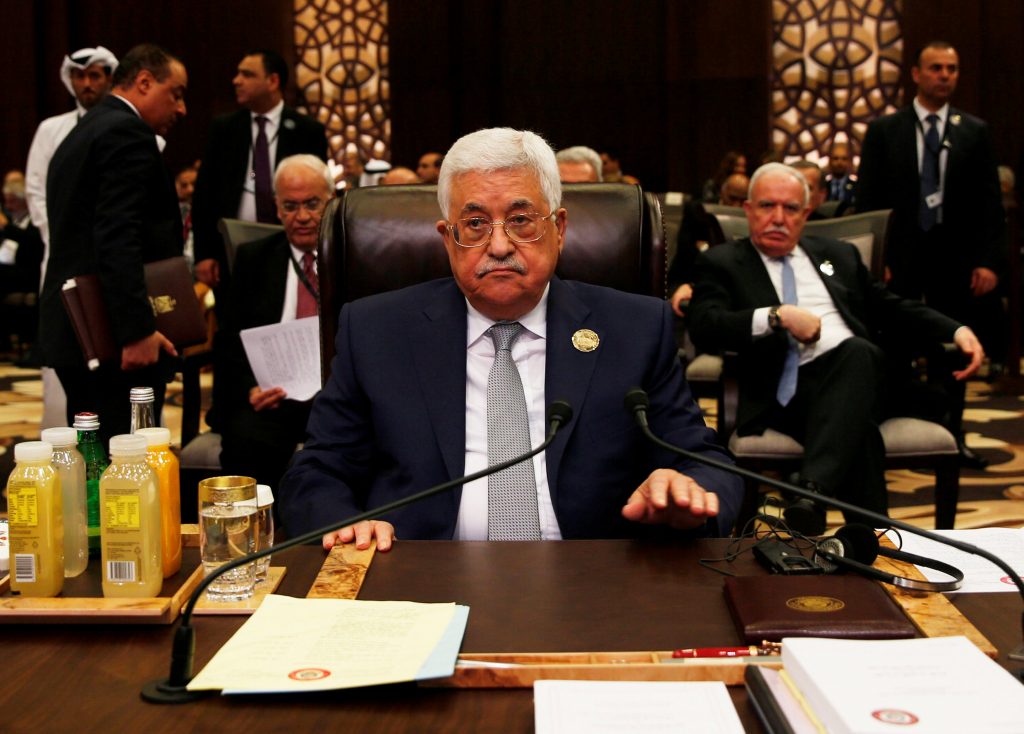 The White House announced over the weekend that President Donald Trump will meet with Palestinian Authority chief Mahmoud Abbas on 3 May. The meeting will take place in Washington, with a PA delegation heading to the U.S. on 23 April to prepare the meeting.

Abbas has spoken with President Trump on the phone once, at the end of March. According to media reports, the two discussed the importance of the two-state solution, and Trump promised that he would actively promote negotiations between Israel and the PA. The conversation took place just before Trump met with Jordanian King Abdullah and Egyptian head of state General Abdel a-Sisi, both of whom encouraged President Trump to meet with Abbas.

According to reports, the two, along with Abbas, are promoting a version of the Saudi peace plan, which would entail a mass release of terrorists by Israel, and a building freeze. At a Cabinet meeting before Pesach, however, Prime Minister Binyamin Netanyahu told ministers that he had reached understandings with the Trump administration on construction – and those understandings did not entail a freeze.

While Israel agreed to “restrain” construction in Yehudah and Shomron, the understandings entail a limit on new housing to the “built-up” areas of towns/villages, meaning the areas that have already been approved for construction, or are within the municipal boundaries of towns. Exceptions will be made for legal and security concerns, in which case construction will take place as close as possible to existing housing. New villages – except for the one for Amona evictees – and new outposts will be banned. Construction need not be restricted to already existing blocs, either, Netanyahu told ministers.