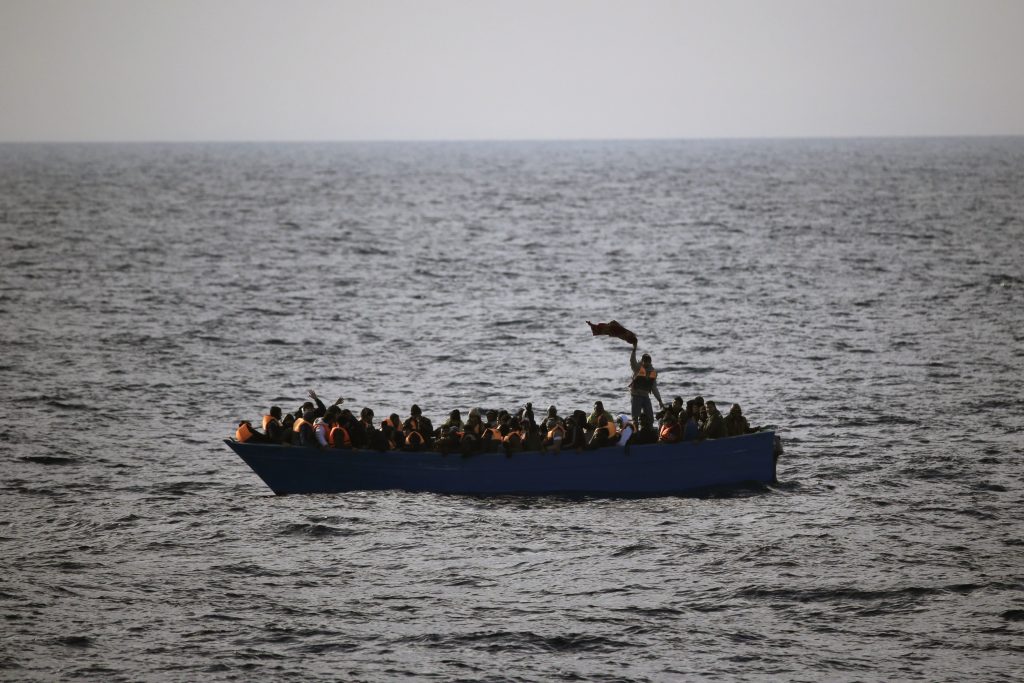 Italian rescue ships have plucked some 2,000 migrants from unseaworthy smugglers’ boats off the coast of Libya, with hundreds of them arriving Saturday in southern Italian ports.

One rescue ship brought 504 migrants and one corpse to Pozzallo, Sicily, and another boat brought about 500 other migrants to Augusta, Sicily.

In all, Italy’s coast guard coordinated about 20 separate rescues on Friday. The rest of the migrants were due to reach Calabria on the Italian mainland on Sunday.

So far this year, some 29,000 migrants, most of them fleeing poverty in sub-Saharan Africa, have arrived in Italy after being rescued by European military ships or private charity organizations. Their numbers are expected to rise with spring’s good weather.

The first boat, carrying 41 men and 11 women of sub-Saharan origin, was located by rescue teams shortly after midnight in the Alboran Sea east of the Strait of Gibraltar. A second group of 62 North African males, including 11 minors, was packed into a wooden boat when rescued just west of the Strait in the Atlantic Ocean.

Eleven more migrants were pulled from a small vessel in the Mediterranean Sea after a NATO aircraft alerted the rescue service.