World Evacuations Begin, Under Deal for Shiite and Sunni Towns in Syria
World 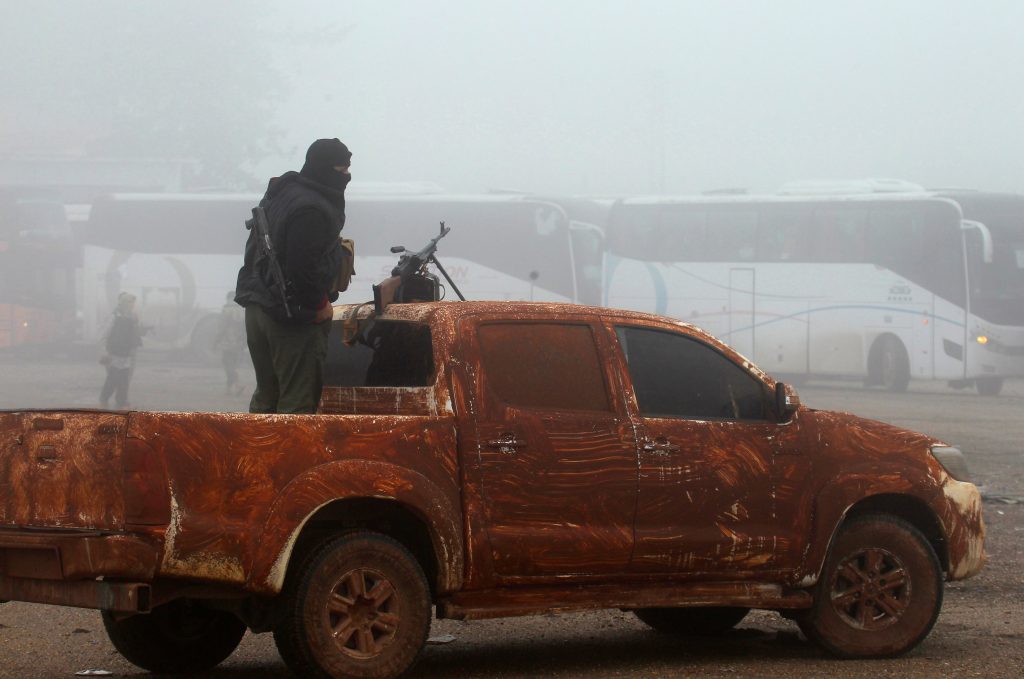 The transfer of the Shiite populations of two Syrian towns, in exchange for moving Sunni rebels and civilians out of two others, has started, under an evacuation deal between warring parties, a monitor said on Friday.

The British-based Syrian Observatory for Human Rights said buses carrying residents left the majority Shiite towns of al-Foua and Kefraya, long besieged by insurgents in northwestern Idlib province, but had not yet crossed into government-held territory.

Buses carrying mostly Sunni rebel fighters and their families simultaneously left the town of Madaya near Damascus, encircled by government forces and their allies, but were still passing through government-held areas, the Observatory said.

It said the evacuation of Zabadani, also besieged by the government side, had been delayed until the evening or early Saturday, without elaborating.

A member of one of the Shiite parties earlier said 60 buses were moving through the town of al-Foua.

A similar number of buses were leaving Madaya, the Observatory said.

Syrian President Bashar al-Assad’s government has struck a number deals in the past year which have provided for rebels and their families to leave areas the opposition has held, often after months or years of being besieged by government forces.

The armed opposition fighting for six years to unseat Assad is mostly Sunni Muslim, like most of Syria’s population. Assad is from the Alawite religious minority, and is supported by Shiite fighters from Iran and the Lebanese Hezbollah group.