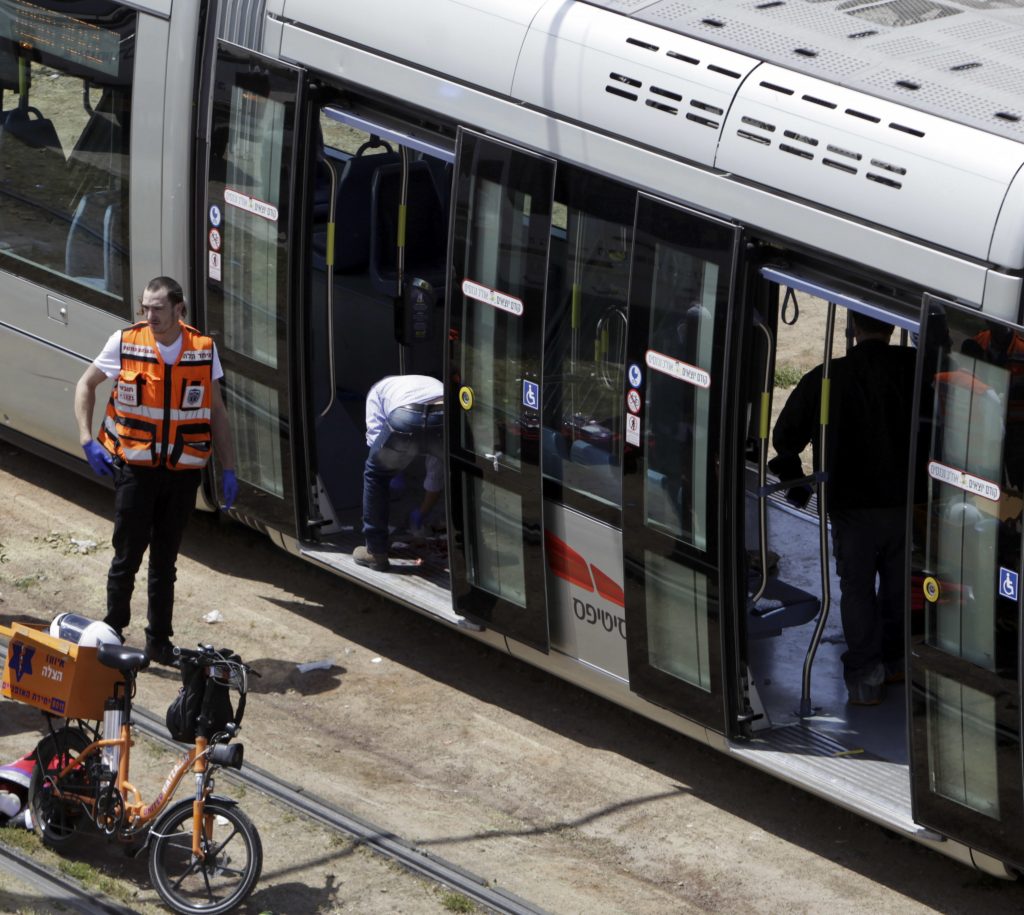 A Palestinian man murdered a young British tourist Friday in a stabbing attack on the Yerushalayim light rail near Kikar Tzahal, close to the walls of the Old City, police and hospital officials said.

Police spokeswoman Luba Samri said that as the tram approached City Hall, the Palestinian pulled a knife out of his bag and stabbed the woman, in her early 20s, multiple times in the upper body. An off-duty policeman, who was riding the tram with his family, pulled the emergency brake and charged at the terrorist.

The victim, a student in her mid-20’s, passed away at Hadassah Medical Center.

Samri said that an initial probe shows that the 57-year-old attacker is mentally ill.

Two other people – a man and a woman – were lightly hurt in the incident, when the driver made an emergency stop. They were taken to Shaarei Zedek Medical Center for treatment, according to Magen David Adom.

President Reuven Rivlin said in a statement that he is “filled with sadness” over the stabbing attack and that Israel’s “thoughts and prayers are with the family of the victim.”

Rivlin said that “thousands have come through the ancient gates of Jerusalem” this week, both Jews celebrating Pesach and Christians celebrating a Christian holiday, and that “the security forces work to ensure the safety of the dear residents and visitors to the city. And so we will continue to do.”

Shin Bet said that the Palestinian attacker had recently tried to commit suicide in a hospital by swallowing a razor blade and that he was convicted of an unrelated crime in 2011.

“This is not the first time that a Palestinian suffering from personal, mental or moral distress has chosen to commit a terrorist attack in order to escape his problems,” it said in a statement.