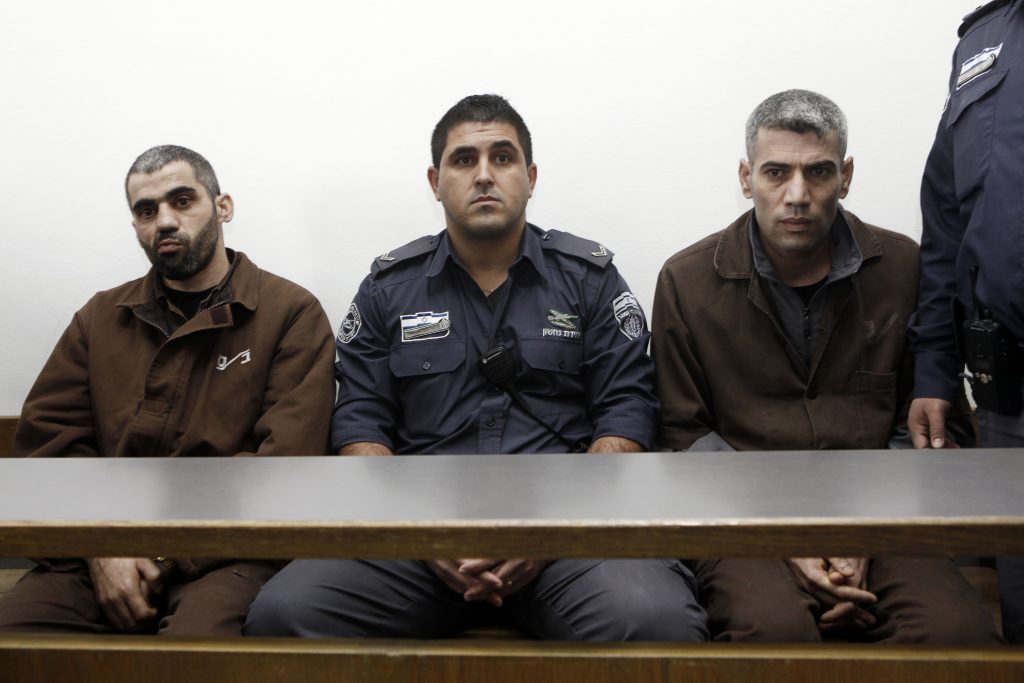 Two Palestinian men serving life prison sentences in Israel for killing an American hiker from Virginia in December 2010 were charged with murder by U.S. prosecutors in a step praised by her family and by a friend also injured in the attack.

Ayad Fatafta and Kifah Ghanimat, both about 39, were convicted in 2012 in an Israeli court for the Dec. 18, 2010, stabbing death of Kristine Luken, 44, an American tourist who grew up and worked in Virginia. The attack wounded Kaye Susan Wilson, then 46, a British-born Jewish Israeli tour guide.

The men both were jailed for life in Israel.

The U.S. arrest warrants for them were issued Thursday, according to a statement released by officials with the U.S. attorney’s office of the District of Columbia, Justice Department and FBI.

“We have been informed by the U.S. attorney’s office and the FBI about the ongoing process, and we are very encouraged by it,” said Luken’s stepmother, Meg Luken, of San Antonio. “We’re encouraged by the fact that at least the process has started.”

“Although the prisoners are in an Israeli jail, should my government ever decide to let murderers free again in a prisoner exchange, these cold-blooded savages will not be released. Instead they will be shipped off to the USA to stand trial there,” Wilson said on social media.

Luken, a member of an evangelical group that promotes missionary, had visited Israel several times and was hiking near an archaeological site in the Mata Forest near Jerusalem with Wilson, who had befriended Luken on another tour, according to Luken’s family.

Israeli authorities said the attacks on the women, who were stabbed multiple times, were “nationalistically motivated” by a group in retaliation for the assassination of a top Hamas operative in Dubai that January.

Luken was born in Aurora, Colo., and graduated from South Lakes High School in 1984 in Reston, Va., where her father, Larry, retired from the Defense Intelligence Agency, the family said.

She graduated from George Mason University and worked for the U.S. Department of Education for 15 years and later, Patrick Henry College, before moving to Britain in 2009 and joining a evangelical group, her family said.