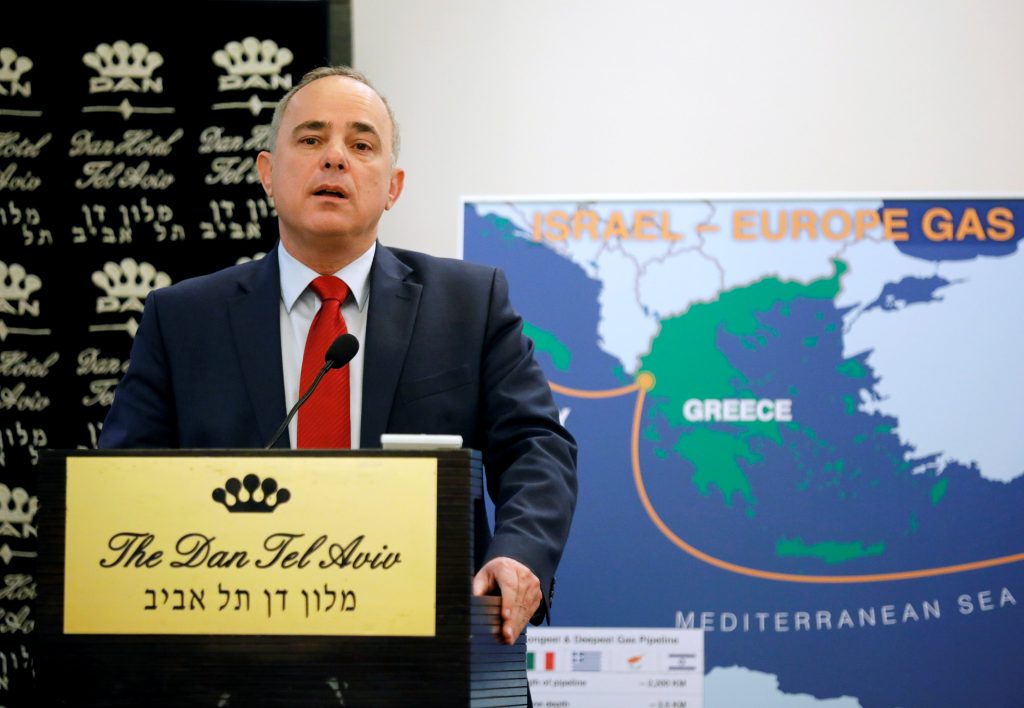 A Turkey-Israel gas pipeline deal could be built through Cyprus’ economic waters even without Cypriot consent, a Turkish official said, dismissing what some experts see as a key obstacle to an energy deal between the two Mediterranean countries.

Cyprus can’t block a gas pipeline from Israel to Turkey, and gas talks with Israel don’t hinge on attempts to reach a peace deal in Cyprus, the Turkish official said, requesting anonymity because the matter is sensitive.

A pipeline bringing gas from Israel’s Leviathan field to Turkey would need to pass through Cyprus’s Exclusive Economic Zone and the Cypriots would be informed about the plans, but international maritime law allows the pipeline to be laid even without Cyprus’s consent, he said.

Israel and Turkey patched up ties recently after years of diplomatic estrangement and are eager to advance an energy deal that would help transform Israel into a gas exporter and bolster Turkey as a key gas hub in the region. One key obstacle has been Turkey’s conflict with Cyprus, which has been divided since 1974, with northern Cyprus controlled by a self-declared state supported by Turkey. The two sides of the island have held talks recently on a reunification effort.

Cyprus disputes Turkey’s stance, with government spokesman Nikos Christodoulides telling state broadcaster RIK earlier this month that “a pipeline cannot pass through Cyprus’s EEZ without the permission of Nicosia.” An Israeli energy ministry official said the country is conducting parallel talks with Cyprus and Turkey about different pipelines, and declined to comment on the issue of Cyprus’s economic waters.

The Turkish comments come as talks toward a gas deal with Israel accelerate. Officials from the two countries have exchanged visits recently to hash out details of a framework that Israeli Energy Minister Yuval Steinitz says would pave the way for Israeli gas to flow to Turkey in about three years.

The Turkish official said talks with Israel are likely to wrap up this summer, with the main stumbling block being the price of gas. The Leviathan producers want to sell to Turkey above domestic Israeli prices, which may be “too optimistic” given that Turkey has other suppliers including Russia, the Turkish official said. The Israeli official said it’s up to the companies, not the government, to negotiate the prices.

Israel and Turkey haven’t joined the United Nations Convention on the Law of the Sea, which says all countries are entitled to lay underwater cables and pipelines through another state’s economic zone, with the “delineation” of the pipeline subject to consent of the coastal state.

Cyprus has found its own, smaller gas field that hasn’t been developed, and energy companies are searching its waters for larger fields as well. Cyprus isn’t likely to stand in the way of the Israel-Turkey pipeline and will seek to resolve the issue amicably, with Cyprus probably seeking assurances that it can one day connect its own gas fields to the pipeline, said Amit Mor, CEO of Eco Energy, a consulting company located outside Tel Aviv.

“I sense that eventually, when all other issues are resolved, with price definitely being a key sticking point, the Cypriot EEZ issue will be agreed upon between Israel, Cyprus and Turkey,” Mor said.