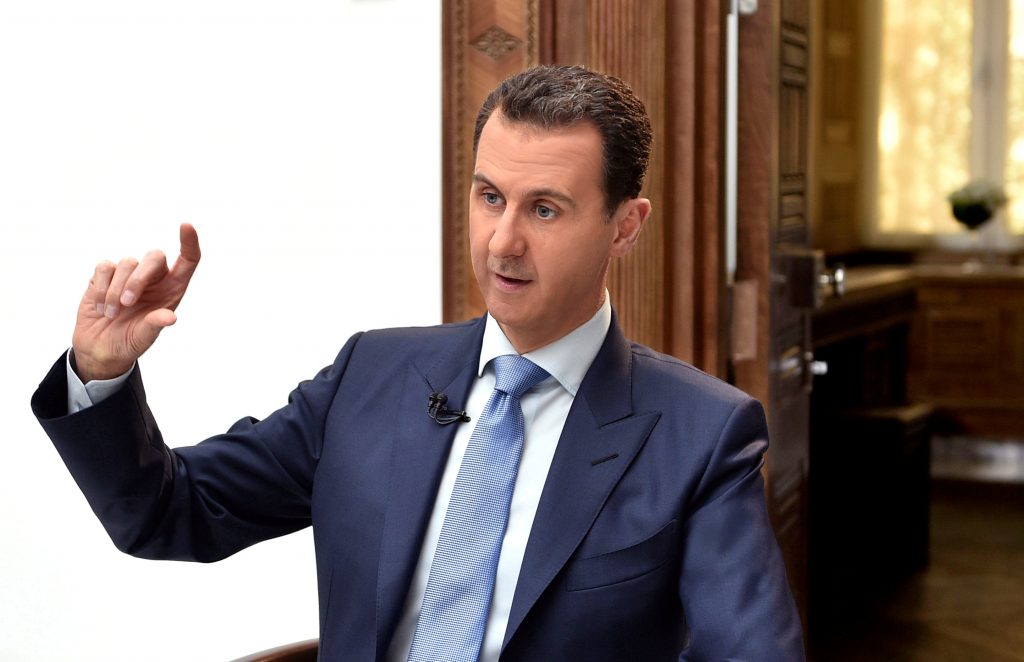 Syria’s military had given up all its chemical weapons in 2013 after an agreement made at the time, and would not have used them anyway, AFP quoted Assad as saying in an interview.

The United States and its allies say the Syrian military carried out the Idlib attack, something Syria has already denied.

The April 4 attack in the town of Khan Sheikhoun killed scores of people and prompted the United States to launch a cruise missile strike on a Syrian air base in response, its first direct assault on the Assad government in the six-year-old conflict.

Assad said Syria would only allow an “impartial” investigation into the poison gas incident. On Wednesday, Damascus ally Russia vetoed a U.N. Security Council resolution to condemn the attack and push the Syrian government to cooperate with investigators.

Russia said the gas was part of rebel stockpiles, which the rebels have denied.

It was the deadliest such incident since a sarin gas attack killed hundreds of people in a rebel-held suburb of Damascus in 2013, prompting threats of U.S. military action.