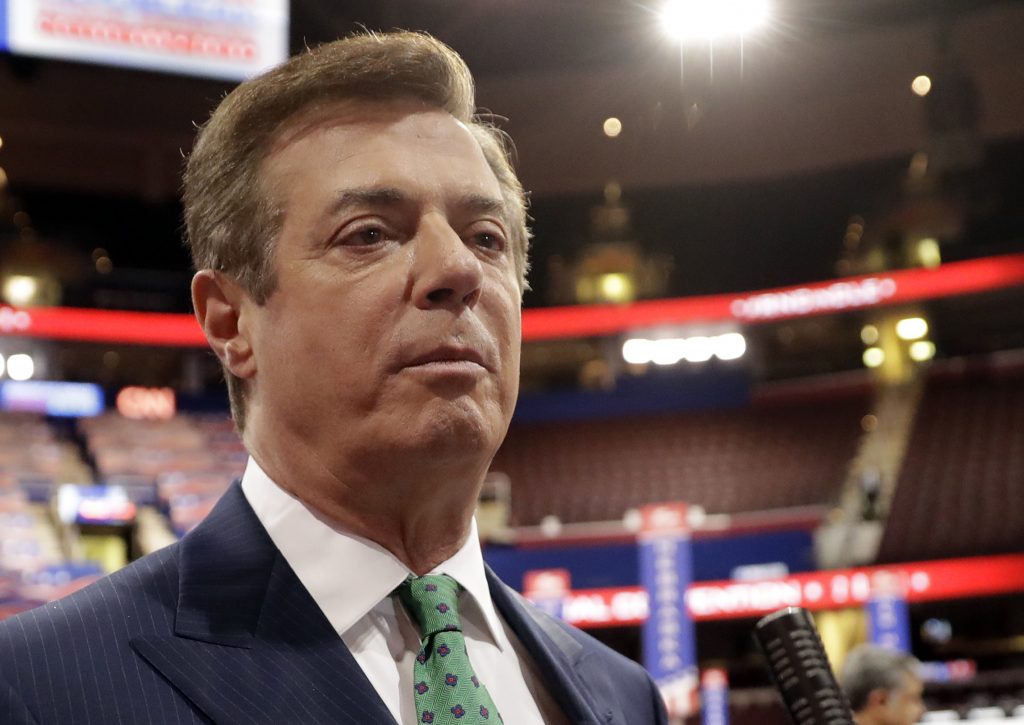 Paul Manafort, President Donald Trump’s former campaign chairman, will register with the Justice Department as a foreign agent for lobbying work he did on behalf of political interests in Ukraine, led at the time by a pro-Russian political party, his spokesman said Wednesday.

Manafort is the second Trump campaign adviser to have to register as a foreign agent since the election. The confirmation that he intends to register comes as the Trump administration has been facing heavy scrutiny over the foreign ties of former campaign advisers and other Trump associates.

By registering retroactively, Manafort will be acknowledging that he failed to properly disclose his work to the Justice Department as required by federal law.

The Justice Department rarely prosecutes such violations of the Foreign Agent Registration Act, but Manafort will now have to publicly and specifically detail his foreign-agent work. That includes which American government agencies and officials he sought to influence, how he was paid and the details of contracts he signed as part of the work. Previously, Manafort had been able to keep much of that information out of public view.

Manafort began discussions with the government about his lobbying activities after Trump hired him in March 2016, Manafort spokesman Jason Maloni said, although it was unclear whether those conversations occurred before or after Trump forced Manafort to resign in August. Asked by The Associated Press on Wednesday whether Manafort intends to register as a foreign agent, Maloni said, “Yes, he is registering.”

Manafort’s resignation from the campaign came immediately after the AP had reported that Manafort’s consulting firm between 2012 and 2014 orchestrated a covert Washington lobbying operation on behalf of Ukraine’s ruling political party without disclosing that it was working as a foreign agent.

Manafort’s decision to register as a foreign agent comes about one month after former National Security Adviser Michael Flynn registered with the Justice Department for work he did that could have benefited the Turkish government. The filing came after Trump fired Flynn in February, saying that Flynn had misled administration top officials about his contacts with Russia.

The White House did not immediately respond to questions about whether Trump was aware that Manafort needed to register as a foreign agent.

Earlier Wednesday, one of the Washington lobbying firms that worked on the influence campaign under the direction of Manafort and his former deputy, Rick Gates, itself registered after the fact with the Justice Department as a foreign agent. The Podesta Group acknowledged that its work could have principally benefited Ukraine’s government. The other firm involved, Mercury LLC, later said it also would register soon as a foreign agent for its work.

Gates did not respond to text messages left by the AP on Wednesday. His voicemail box was full.

The Podesta Group and Mercury had previously disclosed their lobbying work to Congress under the Lobbying Disclosure Act, but neither firm had registered with the Justice Department. A foreign-agent registration requires lobbying firms to disclose more details about their work than is required under the congressional registration.

The Podesta Group disclosed details of $1.2 million worth of lobbying it did from 2012 through 2014 on behalf of a Brussels-based nonprofit, the European Centre for a Modern Ukraine.

In a statement to the AP, Kimberley Fritts, CEO of the Podesta Group, said that the European Centre for a Modern Ukraine had certified to the Podesta Group that it was not a vehicle of a foreign government or political party, which is why the lobbying firm only previously registered with Congress. Fritts did not say what information had been brought to light to change that determination.

The European Centre did not immediately respond to phone messages and emails from the AP.

As part of the lobbying, the Podesta Group contacted staffers for Sen. John McCain, R-Ariz., and Sen. Dick Durbin, D-Ill., both strong supporters at the time of sanctions against the government of then-Ukrainian President Viktor Yanukovych, whose political party Manafort worked for as a political consultant.

By October 2013, as relations deteriorated between the Obama administration and Yanukovych, the lobbying effort appeared to intensify. Three times that month, for example, Podesta lobbyists contacted staffers for Rep. Eliot Engel, D-N.Y., who had sponsored sanctions legislation.

One of the staffers was Dan Harsha, now associate director of communications at Harvard University’s Ash Center for Democratic Governance and Innovation. Harsha said that he did not recall specific lobbying conversations but said that congressional staffers were aware that the European Center was a pro-Yanukovych entity.

“How many obscure European think tanks were able to hire sophisticated A-list lobbyists?” he said. “It was widely assumed the think tank was a conduit for Yanukovych and it was treated as such on the Hill.”