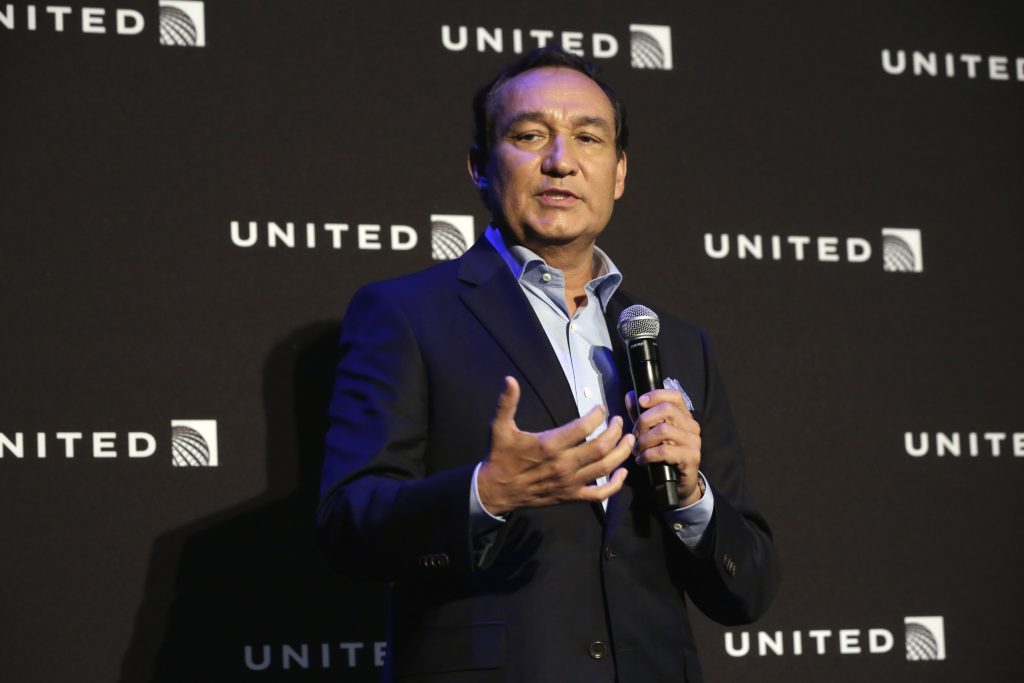 United Airlines sought to quell the uproar over a man being dragged off a plane by announcing on Tuesday that it would no longer ask police to remove passengers from full flights and would compensate customers who were on the flight when the man was removed.

In an interview on ABC that aired Wednesday, United parent company CEO Oscar Munoz said he felt “ashamed” watching video of the man being forced off the jet. He has promised to review the airline’s passenger-removal policy.

Munoz, who leads United’s parent company, apologized again to Kentucky physician David Dao, his family and the other passengers who witnessed him being taken off the flight.

“That is not who our family at United is,” he said. “This will never happen again on a United flight. That’s my promise.”

In the future, law enforcement will not be involved in removing a “booked, paid, seated passenger,” Munoz said. “We can’t do that.”

In an effort to calm the backlash, United also announced that passengers on United Express Flight 3411 would be compensated equal to the cost of their tickets. United spokeswoman Megan McCarthy said Wednesday that the passengers can take the compensation in cash, travel credits or miles.

The flight was loaded and preparing to leave Chicago’s O’Hare International Airport on Sunday when the man was dragged off. Video shot by passengers showing the man’s bloodied face went viral on social media, prompting a storm of protest.

Also Wednesday, a Chicago alderman said that representatives from United and the city’s Aviation Department have been summoned before a city council committee to answer questions about the confrontation at O’Hare Airport.

Alderman Mike Zalewski said that he did not know who will represent the airline before the Aviation Committee, but that Munoz has been notified of the hearing scheduled for Thursday.

Munoz called the incident a “system failure” and said that United would reassess its procedures for seeking volunteers to give up their seats when a flight is full. United was trying to find seats for four employees, meaning four passengers had to deplane.

It was at least Munoz’s fourth statement about the confrontation.

After the video first emerged, he said that the airline was reaching out to the man to “resolve this situation.”

Hours later on Monday, his tone turned defensive. He described the man as “disruptive and belligerent.”

“No one should ever be mistreated this way,” Munoz said.

The passenger was identified as Dao, a 69-year-old physician from Elizabethtown, Kentucky.

Attorneys for Dao filed court papers Wednesday asking the airline and the city of Chicago to preserve evidence in the case. Those documents are often the first steps toward a lawsuit. His legal team planned to hold a news conference Thursday to discuss the matter with reporters.

Airport officials have said little about Sunday’s events and nothing about Dao’s behavior before he was pulled from the jet that was bound for Louisville, Kentucky.

No passengers on the plane have mentioned that Dao did anything but refuse to leave the plane when he was ordered to do so.

The event stemmed from a common air-travel issue: a full flight.

At first, the airline asked for volunteers, offering $400 and then when that did not work, $800 per passenger to relinquish a seat. When no one volunteered, United selected four passengers at random.

Three people got off the flight, but the fourth said he was a doctor and needed to get home to treat patients on Monday. He refused to leave.

That’s when three Aviation Department police officers boarded the plane. When Dao refused to leave his seat, one of the officers could be seen grabbing the screaming man from his window seat and dragging him down the aisle by his arms.

The U.S. Department of Transportation announced Tuesday that it was reviewing Sunday’s events to see if United violated rules on overselling flights. The four top-ranking members of the Senate Commerce Committee asked the airline and Chicago airport officials for more information about what happened.