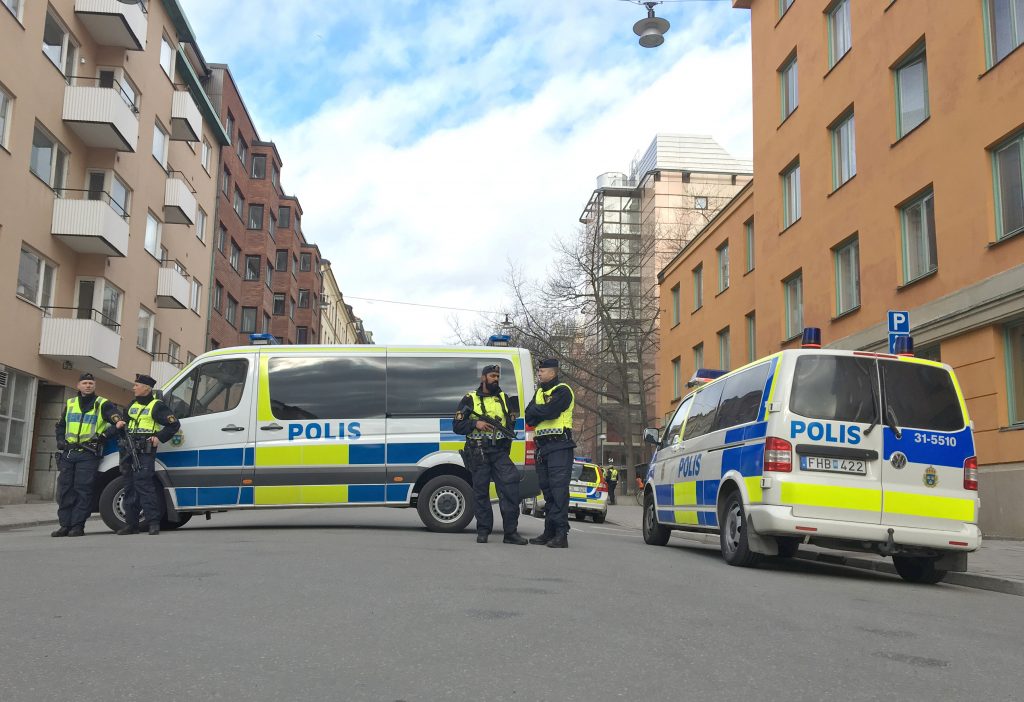 A 39-year-old Uzbek man has pleaded guilty to a terrorist crime after ramming a truck into a crowd in Stockholm, killing four people and wounding 15, his lawyer said Tuesday.

The Stockholm District Court ruled Tuesday that police may detain Rakhmat Akilov for a month. After the court hearing, defense lawyer Johan Eriksson said Akilov is “pleading guilty” to Friday’s terror attack and that his client could remain jailed as long as it takes to resolve the case.

It was not immediately clear when Akilov made his plea. The Stockholm court earlier turned down Akilov’s request for a new defense attorney — a Sunni lawyer — to replace Eriksson.

Police detained Akilov on Friday after he drove the stolen beer truck into a crowd outside an upscale department store in central Stockholm in the afternoon. He was formally arrested early Saturday.

Police have not given a motive for the attack and no terror group has claimed responsibility, but police chief Dan Eliasson said that after questioning him they have become increasingly “convinced that we have the right suspect.”

Police said Akilov was known to have been sympathetic to terrorist organizations but that there was nothing to indicate he might plan an attack. His Swedish residency application was rejected last year.

The four people killed were two Swedes, a Belgian woman and a British man.

Eight of those injured, two seriously, were still being treated in the hospital.

The prosecutor’s office said Tuesday that “the suspicions have weakened” against a second man who was detained Sunday as a possible accomplice.

A statement from the office said he would not be set free, but instead “taken into custody due to a previous decision that he shall be expelled from Sweden.” It gave no more details.

Friday’s attack shocked Swedes who pride themselves on their open-door policies toward migrants and refugees, and many expressed fears that something had gone badly wrong.

In 2015, a record 163,000 asylum-seekers arrived in the country — the highest per capita rate in Europe. The government responded by tightening border controls and curtailing some immigrant rights.