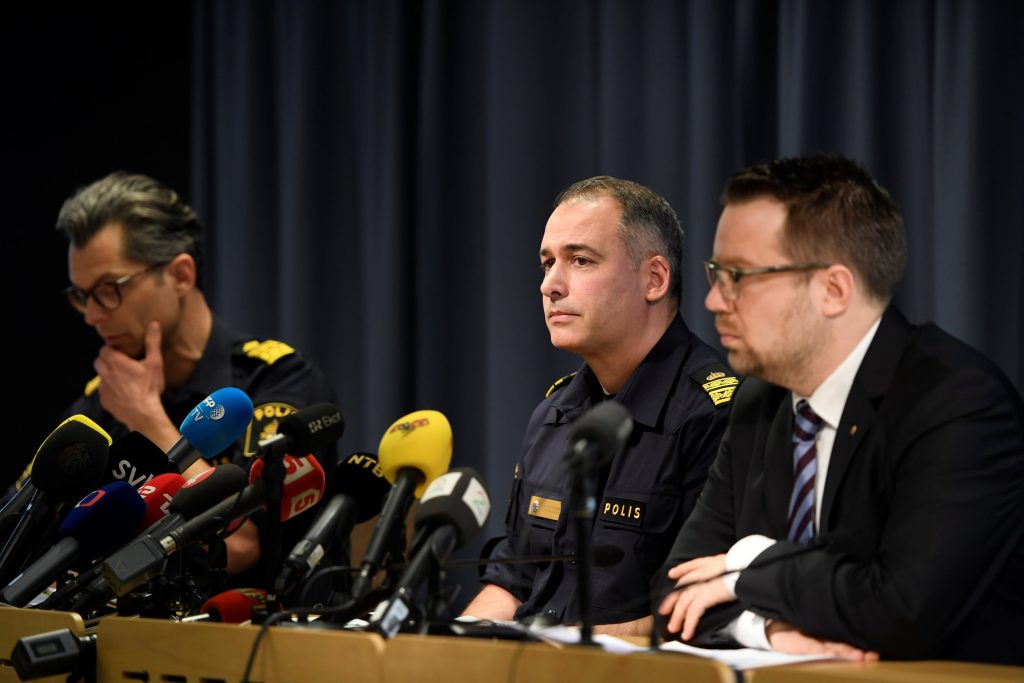 Swedish police said Sunday that the man suspected of plowing a stolen truck into a crowd of people in Stockholm’s busiest shopping area on Friday was a failed asylum-seeker who was supposed to be deported last year but could not be located.

In a midday news conference, officials said the 39-year-old Uzbek man, who has not been named, was rejected for asylum in June and was sought for deportation last summer. But he went into hiding, and in February, police issued a notice seeking clues as to his whereabouts, said Stockholm police official Jan Evensson.

The man resurfaced Friday, when authorities say he killed four people and injured 15 others during a rampage that ended when the beer-delivery truck he was steering slammed into an upscale department store in central Stockholm.

The suspect ran away. But police arrested the 39-year-old that evening in the northern Stockholm suburbs and said his appearance matched that of a man caught earlier in the day in surveillance footage. On Saturday, authorities expressed confidence that the man they arrested was responsible for the attack.

No group has claimed responsibility. But the suspect “has been sympathetic to extremist organizations,” said Jonas Hysing, an official with Sweden’s national police.

Swedish Prime Minister Stefan Lofven has said that the attack was “an act of terrorism.” Police said Sunday that of the four dead, two were Swedes, one was Belgian, and one was British.

The British national was named as 41-year-old Chris Bevington, who worked in Stockholm for a music streaming service. His father, John Bevington, described his son as “a wonderful husband, son, father, brother and close friend to many.” John Bevington said the family was “devastated.”

One of the Swedish victims was an 11-year-old girl who was on her way home from school. Details about the other victims were not immediately available.

The revelation that the suspect in Stockholm’s first mass-casualty terrorist attack was a failed asylum-seeker is almost certain to inflame debate in Sweden over the country’s relatively welcoming attitude toward refugees.

Authorities said he had applied for a residence permit in 2014, suggesting he came before the peak of Europe’s refugee crisis in 2015. That year, Sweden accepted a record-breaking number of asylum seekers – nearly 163,000 in a country where the population is less than 10 million.

With its systems for welcoming newcomers strained to the breaking point, Sweden abruptly tightened its policies late that year. In 2016, as the number of asylum seekers dropped across the continent, Sweden accepted under 30,000.

Swedish media outlets reported Saturday that there was a homemade explosive device discovered in the mangled wreckage of the truck. National police chief Dan Eliasson said that “a device that did not belong there was found in the truck.” But officials said it was unclear whether it was a bomb.

With the attack, Stockholm joined a growing list of major European cities where vehicles have been turned into weapons over the past year, including Nice, France; Berlin and London.