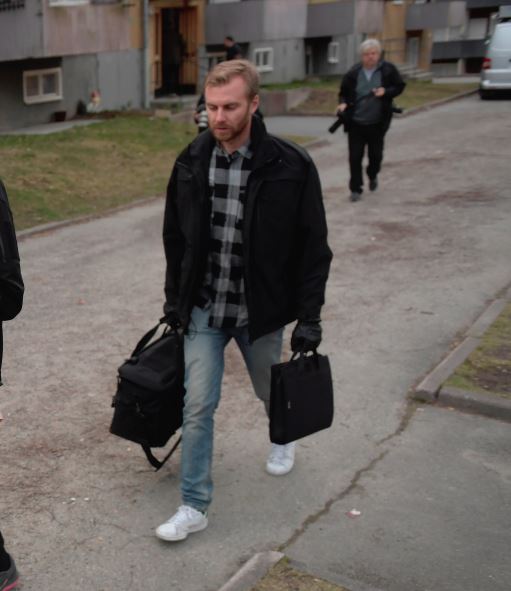 Swedish police have brought in seven people for questioning over a terror attack in which a hijacked delivery truck mowed down pedestrians in Stockholm, killing four people, authorities said on Sunday.

A 39-year-old Uzbek man was arrested earlier as the suspected driver of the truck that rammed into crowds in the Swedish capital on Friday. The man had been known to Swedish security services but had no clear links to terror groups.

A further 15 people were injured when the beer delivery truck barreled down a busy shopping street before crashing into a department store and catching fire.

“Seven people have been brought in for questioning as a result of these events,” Jonas Hysing, national head of police operations, told public broadcaster SVT, after several raids on addresses around Stockholm over the weekend.

Hysing declined to give further information about the raids, but said “the evidence looks very strong” that the Uzbek man was the driver of the commandeered truck.

The Uzbek, detained on Friday night on suspicion of terrorist offenses, appeared to have acted alone, but police could not rule out that more people were involved, national police chief Dan Eliasson told reporters on Saturday.

Police said they had now identified three of the four dead, one of whom was a Belgian citizen, according to Belgium’s foreign minister.

In neighboring Norway early on Sunday, police set off a controlled explosion of a “bomb-like device” in central Oslo and took a suspect into custody. Police across the Nordic region went on heightened alert after the Stockholm attack.

Vehicles have also been used as weapons in Nice and Berlin in the past year in attacks claimed by Islamic State terrorists.

Stockholm was returning to normality on a bright Sunday morning with police barricades taken down along Drottninggatan Street where the attack took place.

Hundreds of flower bouquets covered steps leading down to the square next to where the truck plowed into the Ahlens department store, with more piled up under boarded-up windows.

Ten of the injured people remained in the hospital, two of them in intensive care, Stockholm authorities said.

Sweden has long taken pride in its tolerant liberal democracy and has been among the world’s most welcoming nations to immigrants. But some Swedes are having second thoughts after more than 160,000 people, many from Syria, applied for asylum in 2015 in a nation of just 10 million.